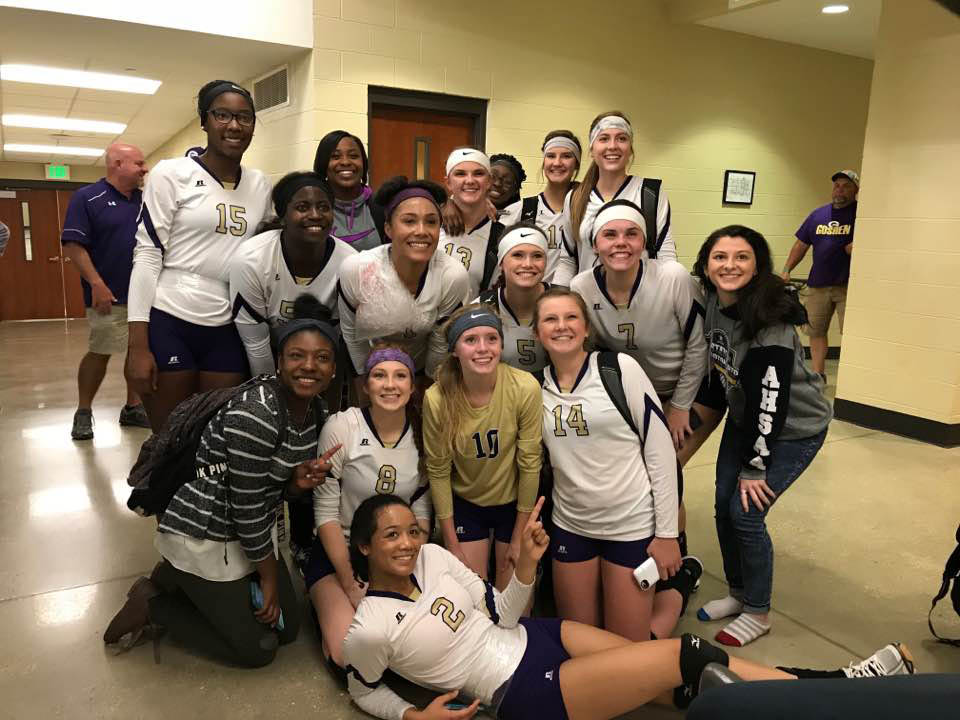 The Goshen Lady Eagles volleyball team advanced to the Class 2A state championship game on Wednesday afternoon after defeating Hatton and Winston County.

The Eagles will take on St. Luke’s in the championship match beginning at 4:45 p.m. at the CrossPlex in Birmingham.

“I am thrilled,” said head coach Amy Warrick. “I told the girls this is what we dreamed of. I knew this team was special. It was possible for them. It was not just a dream.”

If the Eagles advance passed the Final Four they will take part in the Class 2A State Championship match on Thursday at the CrossPlex.

“They got a little nervous in that first game,” Warrick said. “We had to take a few timeouts to get our nerves under control. After that our leaders took over and we got it done.

“We feel like we can give St. Luke’s a good match,” Warrick said. “St. Luke’s is a great team. They have a great coach. I have nothing but respect for them. If we are going to play with them we are going to have to give them our very best game.