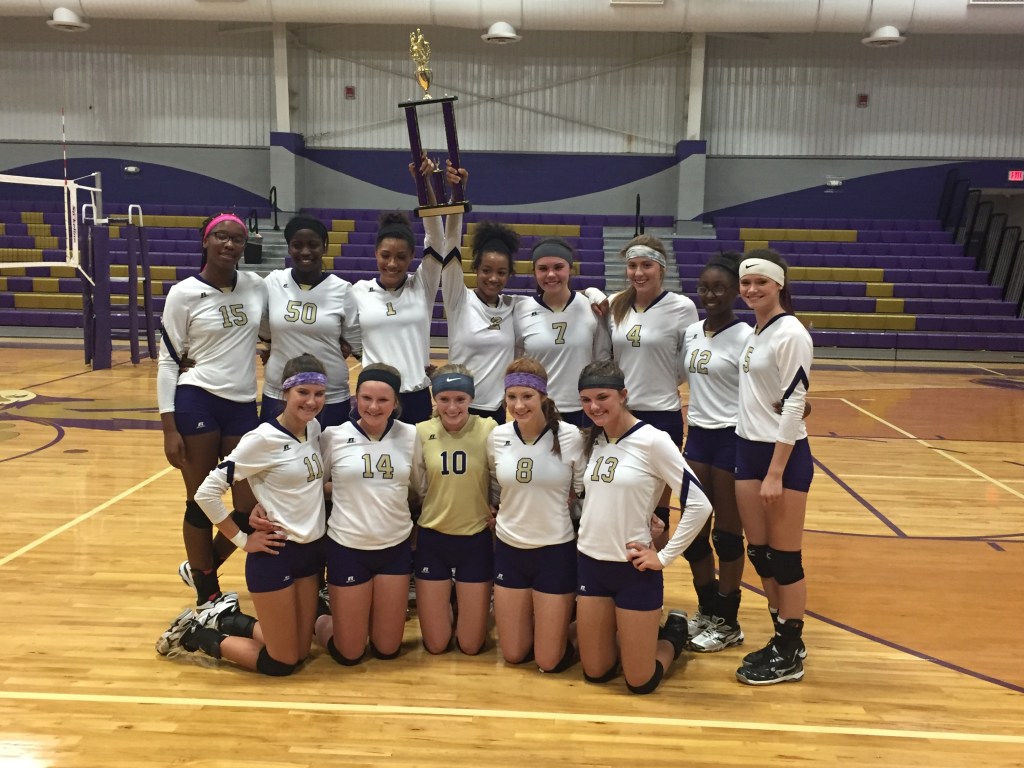 Messenger photo/Mike Hensley The Goshen Eagles defeated both Elba and Zion Chapel on Monday to claim the Area 4 championship,

The Goshen Eagles claimed another area championship with wins over Elba and Zion Chapel on Monday evening in Goshen.

“I am very proud of these girls,” said head coach Amy Warrick. “I think they have worked hard this season. They deserve it. I am very pleased with how they progressed since the beginning of the season.”

After handily winning the first two sets against the Rebels, the Eagles had to fight to win the third. The Eagles found themselves down by two at 18-16 before rallying to to even things up at 18. Goshen scored 7 of the final 10 points to secure the win and the championship.

“I was telling them, this is when we work on coming back,” Warrick said. “It’s big for us to come back and get ourselves back together.”

The Eagles will now head to the region tournament, where they will begin play at 10:15 on Thursday at the Crampton Bowl in Montgomery.

“We don’t want to be done there,” Warrick said. “We are going to stay focused and play hard. Hopefully we can get to the next level.”