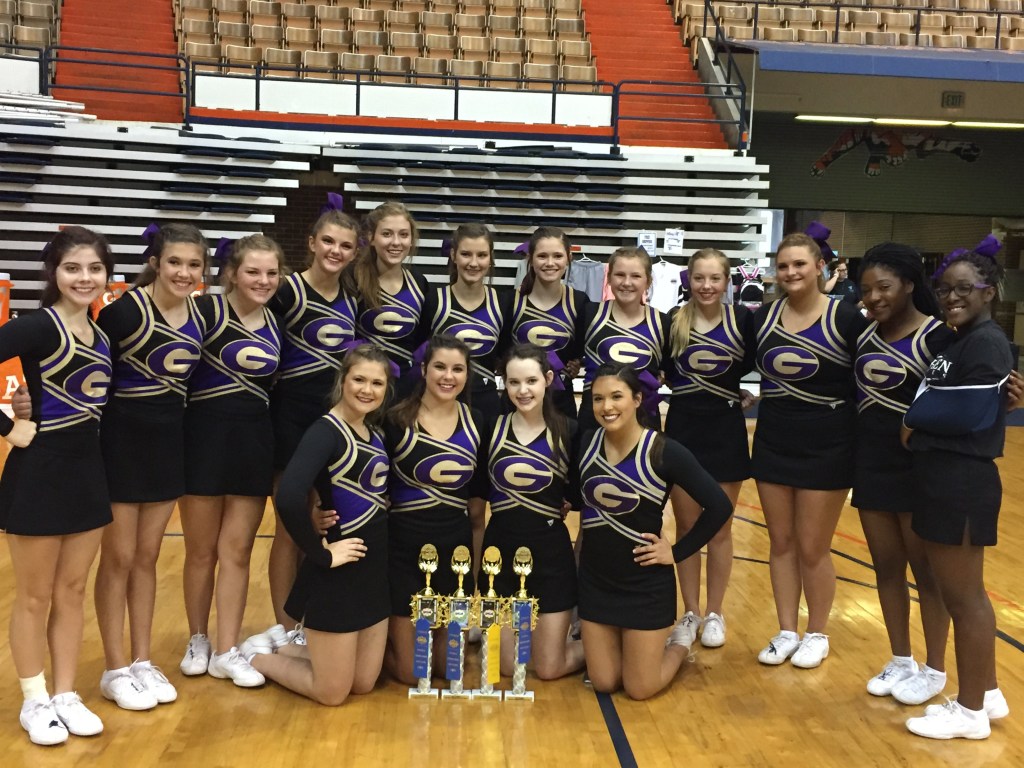 After weeks of practicing their routine, the Eagles put their work to the test and finished in first place in the cheer competition and came in second place in the Xtreme, sideline and game day competitions.

“We had a great week,” said head cheer coach Angie Thomas. “We learned dances, cheers and dances. On the last day we compete in four different categories. That’s really good because we were in a pretty big division this time. We had six teams in our division, so we were pleased with our outcome.”

After a week that featured 12 hour days of hard work, the Eagles capped off the week on a high note.

“It’s always a lot of fun and a lot of hard work,” Thomas said. “We started at 8 in the morning and we work until 9 at night. It’s long hard days, but it’s exciting.”

Along with finishing well in the competitions, the Eagles also took home the Banana Spirit Award.

“We’ve never won it,” Thomas said. “We were excited about that.”

Two team members were invited to try out for UCA: Ellis and Waller.

After weeks of hard work, Thomas was pleased to see it all pay off.

“We work the rest of the year to cheer on everyone else at their competitions,” Thomas said. “This is our one chance to get to compete and it’s always a big deal for the girls and for me. It’s always important to do well at this.”

The Eagles will now turn their focus to football season and even though it will be a lot of fun, it won’t be without more hard work.

“That is always exciting,” Thomas said. “It’s always a lot of hard work because we will be preparing for pep rallies and our big glow and the dark pep rally. We work on that for weeks for that to happen. It takes a lot of hard work, but after camp it shifts from us to get ready for fans and teams.”