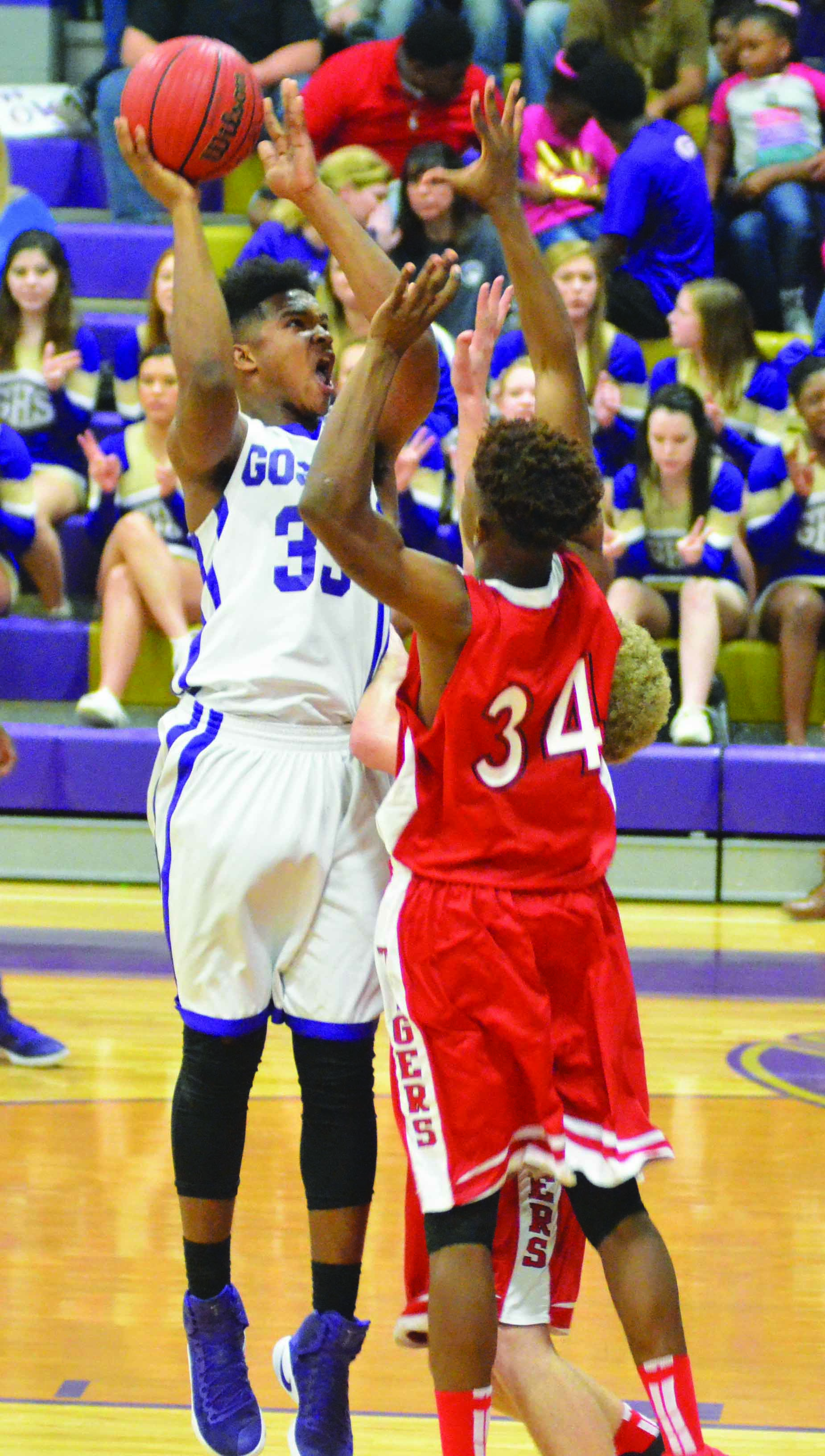 The Goshen boy’s basketball got off to a hot start with a 61-37 win over Luverne on Friday night.

The matchup between the Tigers and the Eagles marked the beginning of area play for both teams.

“We were a little sluggish. We have only played two games since the New Year’s tournament,” said head coach Ethan Carroll. “We’re getting there. Using some of our depth allowed us to pull away in the end. It was a good area win, but we have a long way to go.”

The Eagles converted on their first four three-pointers of the night, leading 12-0 midway through the first.

“We are going to shoot the ball because I feel like our kids can shoot and they deserve to shoot,” Carroll said. “It’s very streaky at times. We have to get in the gym and keep shooting.”

The Eagles rode the hot start into the second quarter leading 17-7 and went into the locker room at halftime leading 28-20.

The Eagles controlled much of the second half, leading by at least five points throughout the half. Michael Hollis scored five points in the first half, but with the game on the line in the fourth quarter, Hollis scored nine points to help the Eagles push their lead back out to double digits.

“That was enormous,” Carroll said. “He is huge for us. He is one of our high-energy guys. I thought he played really good.”

The Eagles will travel on Tuesday for their second area game of the season and take on Calhoun beginning at 7 p.m.

“We needed to get back on the winning track,” Carroll said. “We play in Calhoun on Tuesday, and that is a tough environment to be in. We are going to give them a couple of days off, and Monday we are going to get back in here and get our heads right.”