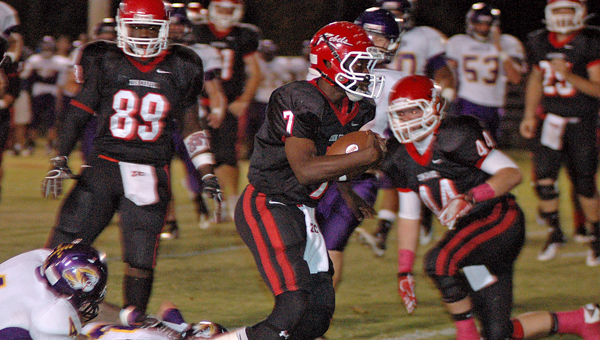 It has most definitely been a magical season in Jack as the Zion Chapel Rebels posted an 8-2 record in 2011 after obtaining just a single victory last season.

Friday night the Rebels will have the chance to do themselves one better … win a playoff game for the first time since 1979.

32 years ago, Zion Chapel finished 7-3 in the regular season and were crowned region champions. The Rebels pitched a shutout to defeat Notasulga in the first round, 8-0, before falling to Billingsley the following week.

309 games have been played in the school’s history since that victory in mid-November but none of these Rebels were even close to being born at that time.

This crop of seniors have been witness to only three postseason games, all three losses.

The Jaguars only began play in 2000, when the school was formed, but have qualified for the playoff twice in the past four seasons.

Prior to making the postseason in 2008, Barbour County had only 15 wins under its belt in seven seasons of football. The past four years, the Jaguars have accumulated 23 including a 7-3 record this season.

Barbour County set a school record this year for points scored, 264, but will see a talented Rebel defence that has held opponents to under 20 points per contest.

Bradley Bowers’ defense under head coach Mike Water’s watch has allowed the fewest points in a season since 1994.

Zion Chapel will use the power and speed combination of LaMarcus Adair and Dustin Riggsbee offensively to wear down an athletic Jaguars squad.

Kickoff on Friday is set for 7 p.m.