Bulldogs focused only on themselves 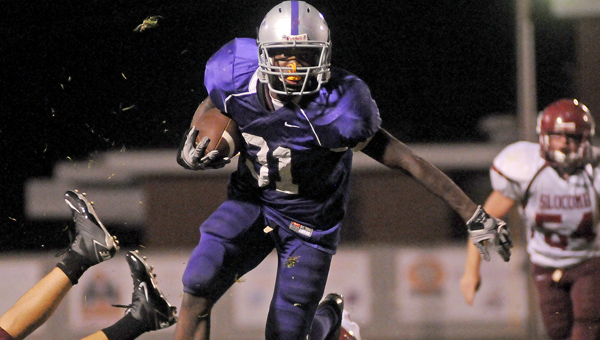 Being 0-2 isn’t fun for anyone, especially when you’re Pike County.

The Bulldog football program has been one of victories and state championships, lately it has been a struggle to change the zero from their side of the scoreboard.

Pike County has been outscored 35-7 in their two contests of 2011 not including a 27-0 loss the Charles Henderson in the preseason Pike County Classic.

Head coach Rodney Dollar is no stranger to the growing pains during the first season at a struggling program. Dollar has an all-time record of 24-21 in his first year at a new school. In his first years at Houston Academy and Tallassee he was a combined 5-14. But, things have always turned around under Dollar. Houston Academy went 59-14 in Dollar’s final six seasons with the team averaging just under 10 wins per season. Tallassee was 25-8 from 2008-2010 under the coach.

“We’ve just got to worry about what we do,” Dollar said about improving on his team’s 0-2 start. “All we can do is make ourselves better.”

The Bulldogs fell to Slocomb 21-0 Friday night but had plenty of opportunities to get the offense rolling.

Pike County had the ball on second down and less than three yards to go five times against the Red Tops. On all five occasions the Bulldogs fumbled the football either turning it over or backing themselves up for third down.

“You can’t keep hooting yourself in the foot and expect to win,” said Dollar. “We have to have all 11 guys doing the same thing.”

The coach said he has been preaching and practicing discipline this week and expects to see a different team on Friday against Dale County.

“We know what they have but if we don’t execute together, it doesn’t matter what they do.”

While Dollar cites execution as the main bugaboo for his team, the coach says that effort was at a high.

“These guys have been giving max effort, there’s no doubt about that,” he said. “We have to be more disciplined and play together and everything will come together.”

Pike County will travel to Midland City to take on the Warriors of Dale County. Kickoff is set for 7 p.m.