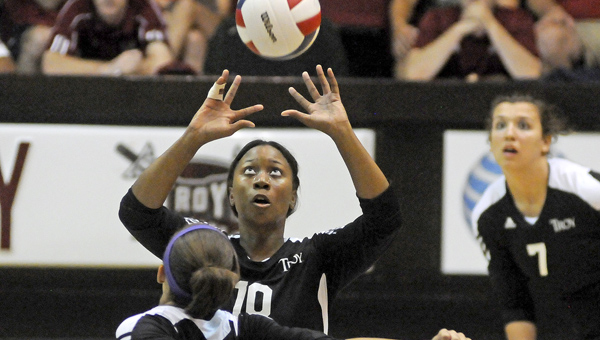 The Trojans (2-2) were led by Alexandra Alexander who totaled 29 assists, two kills, and six digs and Kayla Pickart with 10 kills, six digs and 12 points.

Courtney Cohen registered 12 digs for the Trojans in the winning effort.

Troy picks up their second win of the young season. The Trojans recently returned from the Samford/UAB Invitational in Birmigham where Troy finished 1-2 with a win over Akron in three sets.

The Trojans feel to Samford in three sets and UNC Ashville in five.

Troy will head to Macon, GA on Friday for the Bear Brawl tournament. The Trojans will face Mercer and Norfolk State on Friday before taking on Tennessee State on Saturday.

Troy’s next home match isn’t until Sept. 13 when they take on Alabama A&M. The Trojans kick of conference play Sept. 23 in Troy versus ULM.

Before hearing one whistle blow in the 2011 football season, Troy seems to have had a year’s worth of injuries.... read more