Return of the Rebels 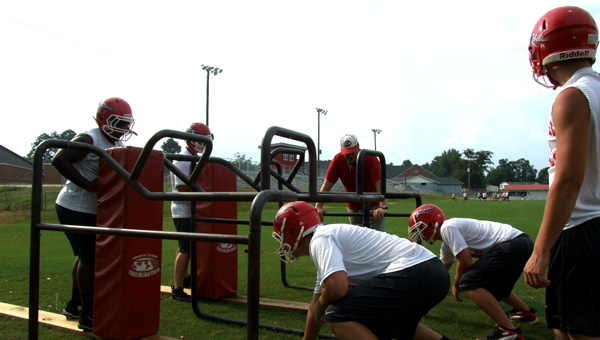 There is old adage in football that says “Games are not played on paper.”  Zion Chapel head coach Mike Waters is a firm believer in that saying.

“I believe we play in one of, if not, the toughest region in 2A football” Waters said.  “Everyone is 0-0 right now and we have as good a shot as anyone.”

Last season did not go as planned as the Rebels finished the year with a 1-9 record.  The only win of the year came in the season finale against Ariton.

Zion Chapel begins the 2011 campaign with back-to-back games at home.  In week one, the Rebels welcome the Pleasant Home Eagles and week two the Calhoun Tigers will travel to Green Memorial Stadium.  The Rebels have not won a season opening game since 2005.

“Getting off to a good start is very important to us “said Waters. “Wins in those two would help us gain some confidence.  We are placing big emphasis on beating Pleasant Home, and a win in week two will get us a leg up in region play. “

Starting in week three, the Rebels will see the friendly confines of their home field only once until week nine of the regular season. Region games at Samson and Highland Home as well as a trip to cross-county rival Kinston await Zion.  Waters pointed at that three game stretch as a pivotal point for the year.

“Samson is supposed to be vastly improved, and Highland Home returns most of their guys.  Kinston is rebuilding down there, and doing a great job of it.  We will know a lot about our team by week five.”

The closing stretch of the year gets no easier as two of the top teams in 2A football appear on the region schedule, in a trip to Elba and a home game against Goshen. Region foes New Brockton and Red Level and a non-region tilt against Ariton round out the regular season.

“Elba is going to be really tough, and Coach (Bart) Snider is doing a great job at Goshen” Waters said. “Red Level is also a very talented team, and they have some of the best skill position guys of anyone we played last year.”

Waters remained optimistic about the 2011 season, as Zion Chapel looks to break a six-season playoff drought.

“Our goal is to make the playoffs, whether that be as a one seed or a four. I think we are capable of doing it.”