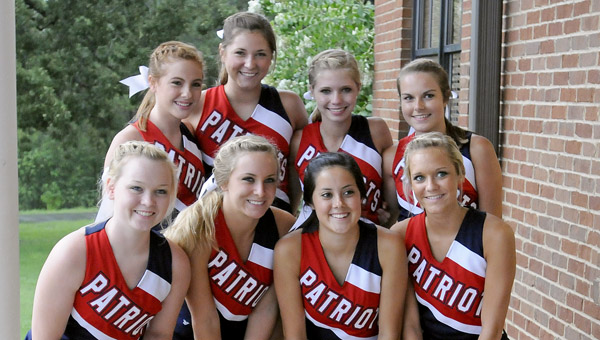 Among them was the Overall West Small Varsity Championship.

Pike arrived to a rainy Troy with help from a police escort and many smiling friends and family. The group then posed for photos on the Pike Liberal Arts campus. Headmaster Ceil Sikes and several board members were on hand to congratulate the Lady Patriots.

In addition to the overall championship, Pike finished first in the categories of Home Pom and Cheer. They were runners-up in the Extreme category. Pike also brought home the Superior Award.

The week-long camp was held in Montgomery on the campus of Huntingdon College.

Mendy Avant and Hanna Hixon served as coaches for the squad.

“These girls have worked hard all summer,” Hixon said. “I’m proud of them.”

They also finished second in Extreme, second in Cheer, and third in Home Pom.