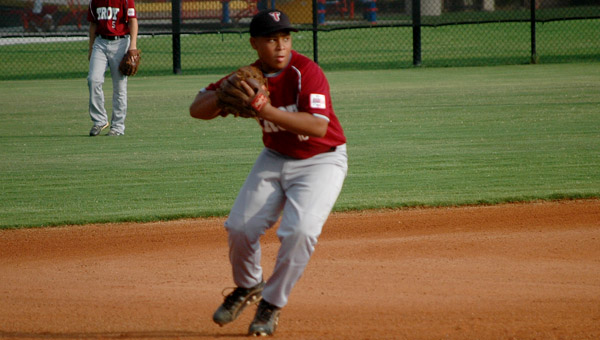 Troy starter DeAndre Pitts, who had allowed no runs in his six previous innings of work, struggled in four innings on the mound.

“We had our chances, it just seemed we hit everything right at them,” head coach Sam Kitchens said. “We made some mistakes and they took advantage of them.”

Dothan would benefit from three hit batsmen and several timely hits in the fourth to build a 7-1 lead.

Troy had a chance to tie things early. Trailing 2-1 in the second inning and Marquese Christian on third, Pitts hit a come-backer to Dothan pitcher Cory McKibben. McKibben fired the ball to firstbasmen Adam Shepard who spun and threw home. After Christian was called safe, umpires ruled runner’s interference erasing the run and ending the inning.

Dothan would add seven more runs in the sixth as Troy prepared their pitching staff for the second game.