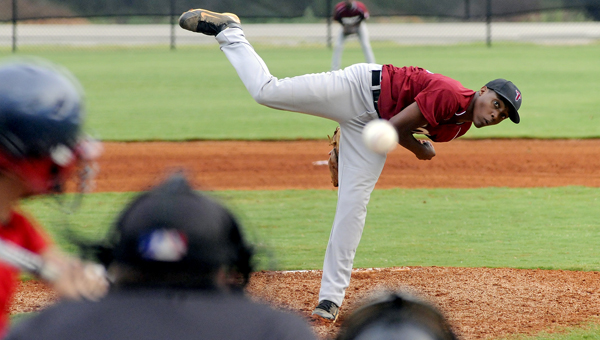 With the win, Troy advances to face Dothan in the championship game Tuesday night at 6 p.m. Should Dothan win, an if-necessary game will be needed immediately following the first contest.

Troy put some early runs on the board and survived numerous scoring threats by Ozark to come away with the win.

“I saw a little improvement in some areas,” Kitchens said. “But we’ve got to play better.”

“I thought we saw some communication on defense. I don’t think we made an error tonight. We had a good game from everyone defensively. Offensively, we did an excellent job of running the bases and got some timely hits. Our guys were patient at the plate. We got some good pitching performances when we had to have them.”

Troy took control of the game in the top of the second by scoring eight runs. After Cole Sanders led off getting hit by a pitch, Hunter Blackmon reached on an error and Ty Witherington walked to load the bases with nobody out. One batter later, Eric Lee beat out an infield hit as Sanders scored on a close play at the plate to give Troy a 1-0 lead.

Ozark trimmed the lead to 9-3 after three innings before Troy finally put the game away in the top of the sixth. The key blow in the inning was an RBI triple by Jerrell Lawson.

Starling was the winning pitcher for Troy.