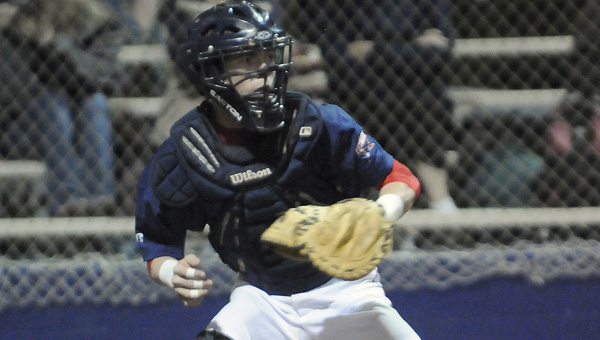 There comes a point with every sports team where change is inevitable.

While it occurs professional from time to time, the most obvious areas where this occurs are in the prep and collegiate ranks.

For some teams, finding a way to work around the aforementioned change may come easy, but for others, it is never an easy matter to deal with, especially with new players in new scenarios.

The Pike Liberal Arts Patriots will be dealing with this situation throughout the upcoming baseball season.

And even though many of the players from last year’s team will be back, there will be one area of the team that will have a completely different look from a season ago.

The Patriots will have an entirely new infield to open up the season, thanks to senior departures at first base, second base, shortstop and third base.

But Patriots’ head coach Butch Austin does not look at this scenario as troubling, rather, an opportunity for his younger players to step up.

“We are going to have a completely new infield,” the coach said.

“Some of our guys are comfortable, while some are still working things outs. We have been doing some game type situations during practice to put some pressure on them, which is a good thing. I think we will be ready by the time Monday comes around, but that game is going to be a ‘see what you got’ kind of game. If we need to move some guys around, we will.”

At shortstop for the Patriots will be Chandler Avant, who has had some playing time at the position before, while Lawson Stewart will be at second base, Josh Starling will be on first and Robert Benton and Tatum Barnes splitting time at third.

The one familiar face in the infield will be Blake Floyd behind the plate.

“Our whole infield from last year had been playing in those positions for four years or so,” Floyd said. “So there may be some growing pains early for guys at the new positions.

“I think everyone will be OK though. They have been working hard in practice. I know I can help the guys out though especially with certain hitters. Let them know if (the batter) is a good bunter or if the second baseman needs to shift to a new spot for whatever reasons.”

Floyd spent the majority of last season as the team’s starting catcher, splitting some time with fellow junior Nick McLaughlin.

“Blake knows what he is doing back there,” Austin said.

“He calls a lot of our signals in the infield and outfield and does it on his own most of the time. To have a catcher see things and react is a good quality to have.” For the youngest player on the team, Avant, who is a ninth grader, there will be a bit of a learning curve, but even with setbacks that may take place, he said he is going to strive to get better and better.

“I’m just going to try to keep everything in front of me and make the best of it,” Avant said. “I know I am going to make errors sometimes, but that is just something that I am going to have to get over and get ready to make the play the next time the ball comes to me.”

Helping Avant solidify the position is Stewart, who is not only a teammate, but also a good friend.

“We are pretty close, and I think that helps things out,” Avant said.

That friendship is also one that has been noticed by the head skipper, as Austin said the two will make a good pairing on the field.

“I normally do not like to move my shortstop around,” the coach said. “I want (Avant) to be at one spot, and not going to pitch or somewhere else on the field.

“Lawson has played well at short, but he is going to be pitching a lot for us this season. They both play well together. They have been pretty smooth in practice so far and I think they will help make up a good little infield for us this season.”

For Benton, not only will this be his first year playing at the varsity level, but also his first time ever at the ‘hot corner’.

But, even though he may be fighting back some nerves, he said he is ready to play.

“I have been taking a lot of ground balls and working on bunt converge, things like that,” he said.

“I hope I do good. I am really excited about playing. I think I am more looking forward to getting on the field for a game.”

The Patriots will continue practice through the rest of the week, leading up to the season opener against Glenwood at Riddle Pace Field, Monday night.