Panthers too much for Bulldogs 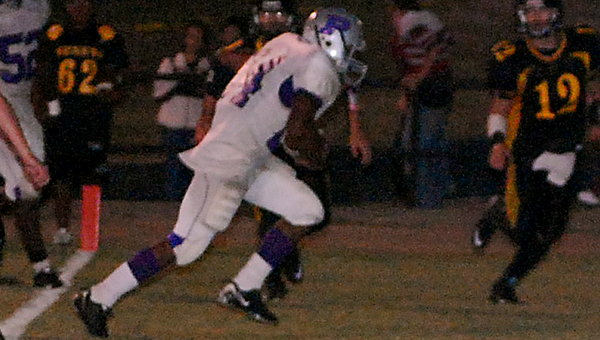 The Pike County Bulldogs came into Memorial Stadium Friday night looking for a win to carry them into the playoffs.

The Panthers of Geneva had a different idea in mind.

The Bulldogs fought hard and deserved a win but when push finally came to shove Geneva won out, 29-24.

PCHS took control of the first quarter with good fundamental defense and two huge touchdown passes by quarterback Marlon Meadows, who was starting in place of the injured Jerrelle Bailey. Meadows found Kendrick Jackson for one score and Quadry Greasham for another to finish out the quarter with a 0-12 lead.

The second quarter was marked by costly penalties and a safety.

Early on in the second, the snap went over Meadow’s head and was kicked out of the end zone, resulting in the safety, taking the score up 12-2.

Also resulting in Geneva with the ball back. The defense of PCHS held the Panthers to a four-and-out series until there was a penalty resulting in an automatic first down, eventually leading to a touchdown run, cutting the lad to 12-8. PCHS would get the ball back and drive down the field with the help of running back’s Stephen Foster and Jeremy Rumph setting up Tyshin Dawson for a big touchdown run. However, that run was brought back due to holding, as a controversial call because the holding was called on the ball carrier, Dawson. Geneva would answer back to end the half with another touchdown run, cutting the PCHS lead to three at 18-15. The second half opened up with an interception by defensive back Raheem Pearison to give PCHS the ball back. Geneva took that opportunity again to extend their lead as they scored, running the clock down in the process, as it extended the lead to 29-18.

PCHS would not go down without a fight though, on the ensuing kick off taking the ball all the way down to the 5 yard line. Dawson would get his touchdown back in the form of a pass to bring PCHS back within a score, 29-24. PCHS lined up for an on-side kick but was unsuccessful. Geneva then ran the clock out until the game clock read zero. After the game coach Johnson stated, “The offensive execution was great, Marlon threw the ball, the fumbles were the issue.”

As for moving forward, turning these negatives into positives, coach had this to say, “It’s a new season now. We have a week off before the playoffs and we’ll be ready. I heard one of our guys say were now 0-0 so that is a great mindset going into the postseason.”