Troy moving on to Tuesday’s championship round 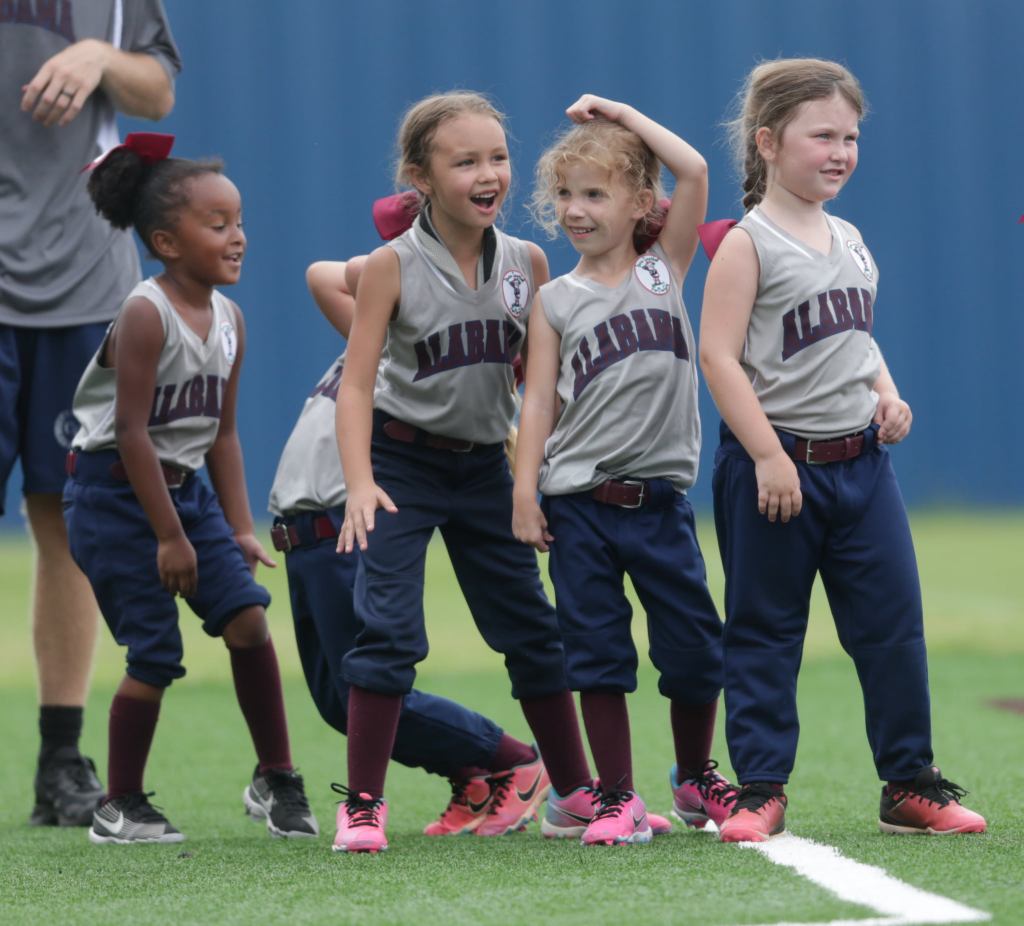 Dan Smith | The Messenger The Troy 6U softball team lines up to shake hands after winning a game in Alexandria, Louisiana, this weekend.

The Troy 6U softball team spent their Monday afternoon at Chuck E. Cheese in Alexandria, Louisiana. On Tuesday they get back to work and play for a world series championship.

Three games into their tournament, Troy advanced to Tuesday’s championship with a 24-13 win over host Ward 10 on Sunday night.

After falling in extra innings in game one on Friday night, Troy bounced back to win two straight on Sunday, advancing them to the tournaments final day on Tuesday.

Troy began Sunday with a 21-17 win over Virginia. It was a must-win game for Brown and Troy after they fell in dramatic fashion on Saturday afternoon. Despite falling into elimination bracket, Troy was resilient and was able to stay alive with two wins.

“They showed determination and drive,” Watson said. “We got turned around in that first game. We had several bad calls against us, but our girls fought back in extra innings and gave everything they could. Really proud of how they played. It was 100 percent our game.”

Troy was in wait and see mode on Monday. Depending on the outcome of Tennessee and Louisiana on Monday, Troy could either play two games on Tuesday or be in a three-way tie.

“Tennessee beat Louisiana last night (Sunday),” Watson said. “They win again we will play Tennessee and have to beat them twice. If Louisiana wins it’s almost a three-team tie.”

Whether they play Tennessee or Louisiana on Tuesday, Troy must be able to play strong defense to go along with their hot bats in order to be successful.

“We have to run the bases and make the plays at first,” Watson said. “We have to get our outs at first.”