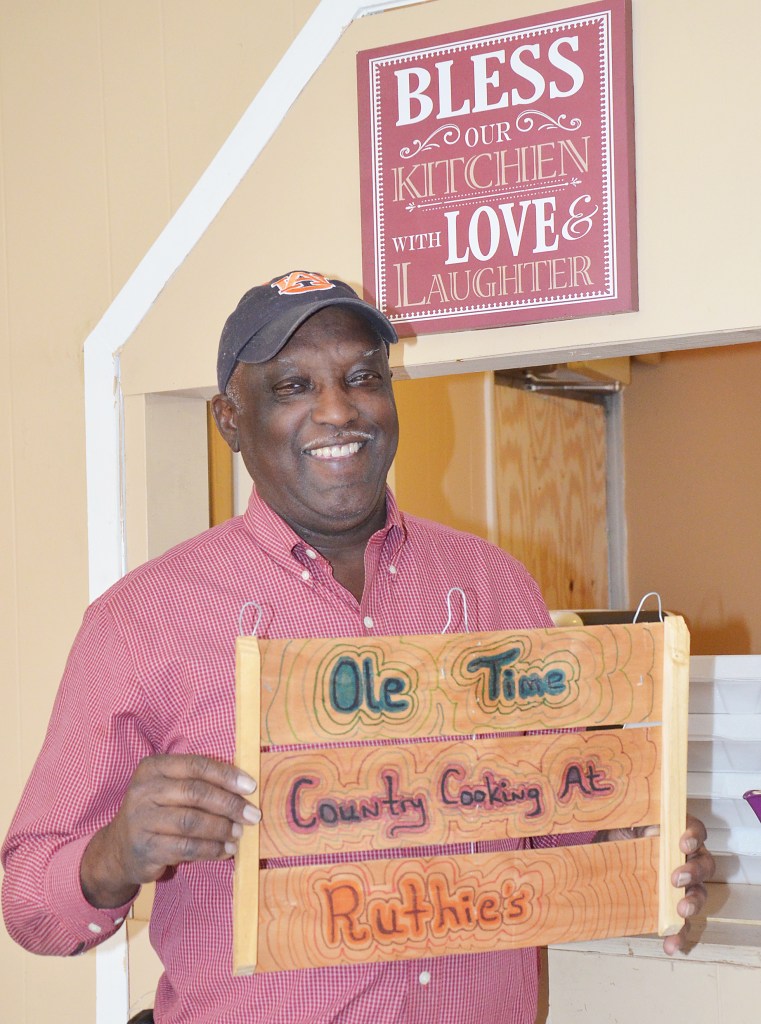 Frank Wheeler went from the firing range to the frying pan. He retired from the Pike County Sheriff’s Department and is now the owner of a popular Brundidge restaurant Ruthie’s, which is located on Louis Anne Mill Drive on the south end of South Main Street. The restaurant will be open Saturday for the city’s Independence Day celebration.

When Frank Wheeler retired from law enforcement, he had no idea that he would enter into a marriage agreement with “Ruthie.”

Wheeler laughingly said owning and managing Ruthie’s Restaurant in Brundidge is certainly not what he had in mind when he retired from the Pike County Sheriff’s Department.

“Working for the sheriff’s department, I got to go out and move around but, when you’re in the restaurant business, you’re married to it,” Wheeler said, adding that when he retired after 32 years with the Pike County Sheriff’s Department, he had no thoughts of going into the restaurant business. “Really, I got tricked into it. I was helping somebody out and he bailed on me.”

When Wheeler found himself with an apron on and standing over a hot stove, he decided that he was going to make a go of the restaurant business and he drew up a plan for success.

First, he named his restaurant after his mother, Ruthie Lampley.

“Someone told me to name to name the restaurant after someone I love and, who more than your mama?”

Ruthie’s menu is tailor made for those who love soul food and southern cooking, which are actually two and the same, Wheeler said. “It’s old-fashioned cooking and that’s what I like myself.”

But, what’s a restaurant without a burger? So Ruthie’s offers a “best burger” and other short order items.

Ruthie’s is open for lunch weekly from 11 a.m. until 2 p.m. Tuesday through Friday and also on Sundays.

The lunch menu includes a meat-and-two plate with tea and dessert for $8. Sunday dinners are $10.

“The lunch and Sunday menus vary but we have in-season vegetables such as collards, turnips, potatoes, field peas and snaps, corn. We have desserts like peach cobbler, banana pudding, sheet cakes and brownies and tea comes with the meal. We don’t let you go away hungry.”

Wheeler said Sunday “dinner” draws the biggest crowd and everyone seems to enjoy the “grandma’s house” kind of atmosphere that is Ruthie’s trademark.

On Friday and Saturday nights, from 5 until 9, Ruthie’s is the place to be for those who like ribs, catfish and rib-eye steaks with all the traditional sides to go with them.

“I realized that some people would rather have a beer with their steaks and ribs so Ruthie’s is now licensed to sell beer,” Wheeler said.

Ruthie’s catfish and rib dinners that include a salad and baked potato are $12. The steak dinners are $14.