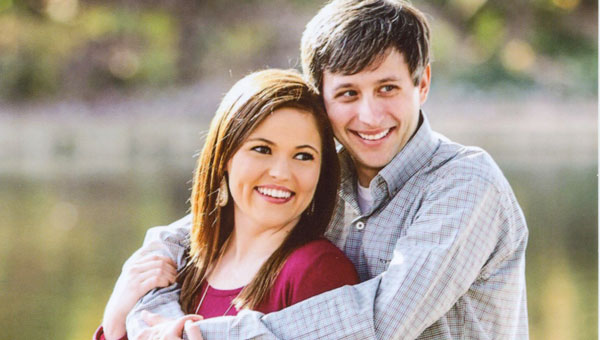 Erin Melissa Jordan is engaged to marry Robert Trent Boutwell on August 20, 2016 at The First Baptist Church of Troy.

Mr. and Mrs. Jeff Jordan would like to announce the engagement of their daughter Erin Melissa Jordan to Robert Trent Boutwell, the son of Mr. and Mrs. Hal Boutwell of Troy, Alabama.

The groom is the grandson of the late Mr. and Mrs. Emmitt Boutwell of Brundidge and Mrs. and Mrs. Robert Smith of Lowndesboro, Alabama.

The bride is a 2011 graduate of Charles Henderson High School and a 2015 graduate of Troy University.  Erin is currently employed as an Associate Insurance Broker with Worldwide Facilities, Inc. in the Atlanta office.

The groom is a 2008 graduate of Pike Liberal Arts and a 2013 graduate of Troy University.  Trent is employed with Endurance Services Ltd. in Atlanta.

The wedding will take place on August 20, 2016 at the First Baptist Church of Troy.  A reception will immediately follow the ceremony at the Emporium.