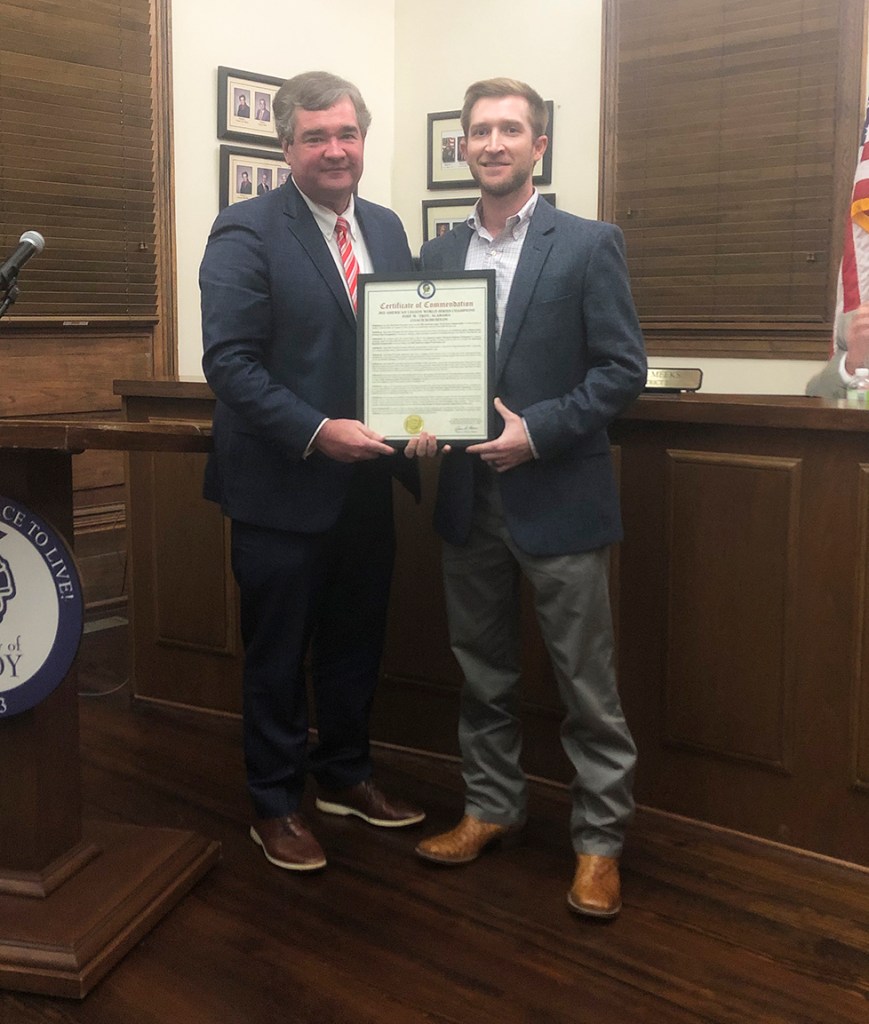 The Troy Post 70 team was the first team from the State of Alabama to win the World Series Championship since 1967 and the first from Troy to ever do so. The Troy City Council and Troy Mayor Jason Reeves recognized Troy Post 70 with a special proclamation with a commendation of achievement. The council presented each member of the team with a framed copy of the resolution and also presented the team with special boxes to keep their World Series rings in.

“It was over 10 years ago that (Pike Liberal Arts seniors) Darryl Lee and Press (Jefcoat) and my son Ben played together on the team that won the 8U World Series. This is really special.” 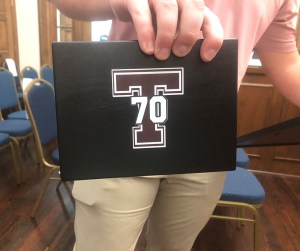 The city also presented the Troy Post 70 team with special boxes to keep their World Series rings in. (Photo by Josh Boutwell)

“This was a really fun group to coach and I really just had the luxury of being able to stand on the field with them,” Hixon said. “I didn’t really have to do anything except stand there and make out a lineup. They’re also a really great group of kids along with being a great group of baseball players.

“I will miss them next summer and it will be hard to get a team like this again, but we will certainly keep trying. Thank you (to the City Council) for everything you did from the city and hopefully we made the city proud. Troy got mentioned on ESPN quite a few times.”