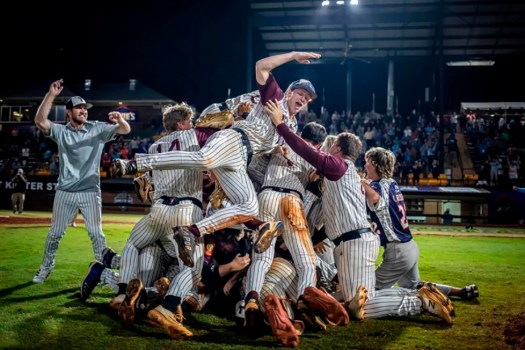 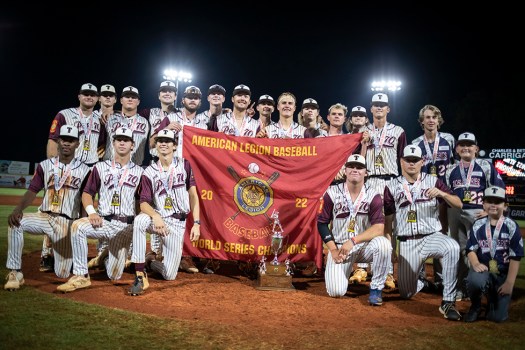 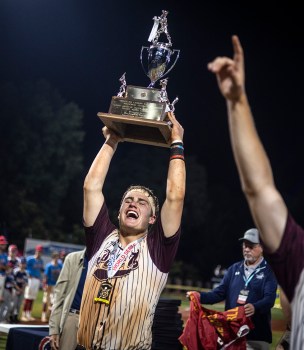 For the first time ever, Troy Post 70 19U captured the American Legion World Series (ALWS) Championship on Tuesday night, defeating the Idaho Falls Bandits by a score of 6-5 in come-from-behind fashion.

The win also marks the first time a team representing Alabama has won the ALWS since 1967 and it snapped Idaho Falls’ unprecedented championship winning streak. The Bandits came into the championship game with back-to-back ALWS Championships and a win would have secured a third straight, which has never been done before.

Going into the seventh and final inning of the championship game, Post 70 trailed the Bandits by a score of 5-3 when the players from the Yellowhammer State turned the tide. In the top of the seventh, LBW’s Shelton Arroyo hit an RBI single up the right side to drive home Pike Lib’s Darryl Lee (Coastal Alabama-South) to cut the Bandit lead to 5-4. Headland star Tanner Taylor then hit an RBI single that drove Troy University commit Brooks Bryan home to tie the score. With Arroyo on third base, a wild pitch allowed him to score to give Post 70 its first lead of the game 6-5.

With Pike Lib’s Press Jefcoat on the mound, in the bottom of the seventh, the Pensacola State signee struck out his first batter but then loaded the bases with a walk and a pair of batters hit by a pitch. Post 70 coach Ross Hixon, who coached Jefcoat at PLAS, was close to pulling his pitcher.

“I was sitting on the top step (in the dugout) in that seventh inning close to pulling him out, but my gut said we can’t do that,” Hixon remembered. “I trust him and he likes that pressure. I told him after the game I didn’t know whether to kiss him or kick him in the butt. He loves that moment.”

Jefcoat, completely unfazed by the moment, struck out the next two batters back-to-back before being swarmed by his teammates on the mound as Post 70 secured its national championship.

“It was sweet,” Hixon said of the comeback. “Any way you win is fun. It would have been a lot less stressful if we had won by four runs or more but the resiliency in scoring that many runs in the top of the seventh, when the easy route would have been to tap out and quit, was special.

“They had that mentality all week, that never say die mentality. As long as we had an out we felt good about having an opportunity to win. We actually came back three games in a row and doing that once is hard at this level but doing it three times in a row is really something.” 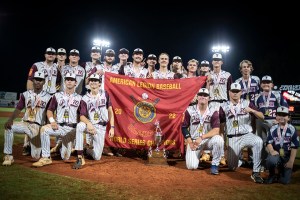 Bryan, an Opelika High grad, led Post 70 at the plate in the championship, going 3-for-4 with an RBI and a run, while Taylor went 2-for-3 with an RBI. On the mound, Jefcoat struck out five batters and gave up just one hit and no earned runs in his three and 1/3 innings on the mound. Headland native Reigh Jordan (San Jacinto Community College) struck out three batters and gave up six hits and four earned runs in three and 2/3 innings pitched.

While all of his players mean a lot to him, Hixon – who is an assistant coach at Pike Lib – said seeing Jefcoat’s performance in the championship game was special to him.

“Me and Press have a really good relationship,” Hixon said. “I tell people he’s like my son because I feel like I can kick him in the butt just like my own kid. He knows at the end of the day I just want him to be extremely successful. I can tell him exactly how I feel and he does the same.”

Hixon said he especially feels a sense of pride winning another championship with his Pike Lib players.

“Walker (Stallworth) had his inning on the mound and he’s an ultimate team guy and just wants to win,” he said. “Darryl Lee also had some big moments for us this week. Getting another (AISA) championship with those guys and then one this summer is a great way to end our careers together.”

Troy was joined by teams from Michigan, Virginia, Nebraska, Idaho, Texas, South Carolina and Massachusetts in the World Series in Shelby, NC. During the tournament, Post 70 played in the Stars Division along with Shrewsbury Post 397 (MA), Camden Post 17 (SC) and League City Post 554 (TX), while the Bandits played alongside Omaha Post 1 (NE), Chesapeake Post 280 (VA) and Midland Post 165 (MI) in the Stripes Division.

In the opener, Post 70 was led at the plate by Taylor, who went 2-for-4 with four RBIs, a double and a run. Bryan, Powell and Enterprise’s Drew Shiver scored two runs each, while Jordan scored three runs. Wetumpka’s Douglas Johnson (Southern Union Community College) pitched all six innings and fanned four batters, while giving up four hits and one earned run on the day. Against Camden, Post 70’s only loss during the entire series, Arroryo went 2-for-3 with an RBI and a run. Jordan took the loss on the mound, pitching three innings and striking out two batters along with giving up six hits and four earned runs. ESCC signee and New Brockton native Drew Cashin pitched one and 1/3 inning, giving up just one hit and no runs. Troy native Walker Stallworth (Southern Union) pitched two and 2/3 innings and retired a pair of batters, while giving up two hits and two earned runs.

Post 70 rebounded to edge League City by a score of 4-3 on Aug. 14. Post 70 and League City slugged it out to scoreless 0-0 tie going into the sixth inning when both teams exploded. In the top of the sixth, League City scored three runs to go up 3-0 but Troy answered right back.

In the bottom of the sixth, Johnson drove Bryan home with an RBI single and then Shiver hit a two-RBI single into right field that drove both Taylor and Jordan home to tie the score. Finally, Powell drove Johnson home next to put Post 70 up 4-3. Post 70’s defense earned three outs in four batters to open the seventh inning to secure the win. Shiver finished the day 2-for-3 at the plate with two RBIs, while Houston Academy’s Tucker Jackson (Pensacola Junior College) pitched five and 2/3 innings with an eye-popping 10 strikeouts along with just one hit and no runs allowed. Jefcoat pitched one and 1/3 innings and struck out a pair of batters, while giving up two hits and no earned runs.

In the semifinals, Troy fell behind 3-0 in the top of the first inning but scored five unanswered runs to secure its spot in the championship game.

“That’s why we play American Legion, for the post season stuff,” Hixon emphasized. “I’ve had friends that went to Shelby and everything they told us it was it met those expectations. They made our kids feel important this whole week and the atmosphere was very special.

“That atmosphere last night was better than anything I’ve been a part of. Now we have that taste of it and we just feel like we want to go back.” 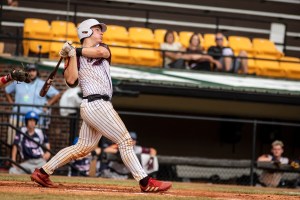 Bryan finished the day 2-for-4 at the plate with a double and a run. Johnson pitched all seven innings and fanned six batters, while giving up six hits and three earned runs.

Bryan, who will be playing at Troy University this coming spring, was named Tournament MVP for his performance. He, Tanner Taylor and Douglas Johnson all earned All-Tournament honors, as well.

“He was the cog in our team that made it go,” Hixon said of Bryan. “Brooks was probably the biggest (player) for us because of what he brought to the table both offensively and defensively.

“Troy is getting a heck of a player and a heck of a kid. I’m excited for him and the university to see his career unfold there. I know Troy is pretty deep at catcher but I would just about guarantee he’ll push someone for playing time immediately.”