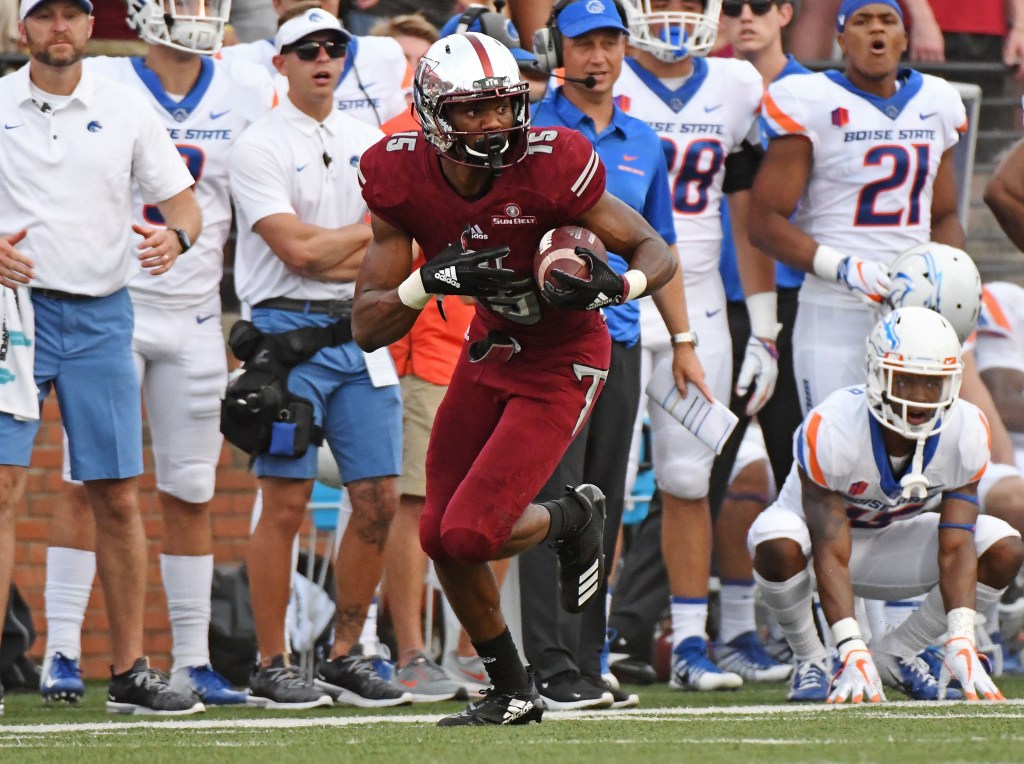 Troy wide receiver Damion Willis (15) looks to run after a catch during the first half of an NCAA college football game against Boise State in Troy, Ala., Saturday, Sept. 1, 2018. (Photo/Thomas Graning)

The XFL is holding its player draft for the 2023 season this week and a number of former Troy Trojans were selected on Tuesday and Wednesday.

Former Troy quarterback Brandon Silvers was selected during the quarterback draft on Tuesday by the Houston Roughnecks. Silvers played in the 2020 version of the XFL for the Seattle Dragons, as well.

Silvers’ top receiving target at Troy, Damion Willis, was then selected by the Seattle Sea Dragons in the sixth round of the draft of skill players. Willis earned All-Sun Belt honors twice as a Trojan and caught 98 passes for 1,496 yards and 13 touchdowns during his two years with Troy. In 2018, he caught 56 passes for 876 yards and 10 touchdowns and set the New Orleans Bowl record for catches in a game with 11 for 136 yards and two touchdowns.

Willis has played for the Cincinnati Bengals, Cleveland Browns, Jacksonville Jaguars, Denver Broncos, New York Giants, Washington Commanders and Pittsburgh Steelers of the NFL. He started two games for the Bengals in 2019 and caught nine passes for 82 yards. He currently serves as wide receivers coach at Holmes Community College. He played JUCO football at East Mississippi Community College before transferring to Troy.

In the first round of the offensive line draft, former Trojan Antonio Garcia was selected by the Vegas Vipers with the fourth pick. Garcia earned All-Sun Belt honors in back-to-back seasons for Troy in 2015 and 2016 as he helped guide the way for running back Jordan Chunn to break the school’s rushing record. 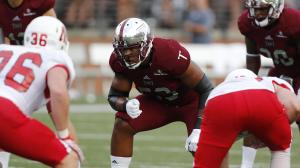 Antonio Garcia was selected by the Vegas Vipers in the XFL Draft. (Photo courtesy of Troy University Athletics)

Garcia was selected in the third round of the 2017 NFL Draft by the New England Patriots but never got a chance to see the field as he developed blood clots in his lungs during his first training camp in the NFL. The illness caused him to lose 40 points and he was eventually released by New England. In 2018 and 2019 Garcia was briefly signed by the New York Jets, Indianapolis Colts and Miami Dolphins but was subsequently released from each. He played for the Saskatchewan Roughriders of the Canadian Football League in 2021.

Additionally, the Jacksonville Sharks of the National Arena League (NAL) signed former Troy receiver Reggie Todd. Todd earned All-Sun Belt honors in 2019 – as a receiver and kick returner – and in 2020. In 2019, Todd caught 38 passes for 666 yards and five touchdowns and returned 17 kickoffs for 465 yards and a touchdown. In his career he returned 36 kickoffs for 833 yards and one touchdown along with catching 104 passes for 1,487 yards and 12 touchdowns.

The NAL opens its 2023 season in April where Todd and the Sharks will travel to Texas to face the San Antonio Gunslingers.