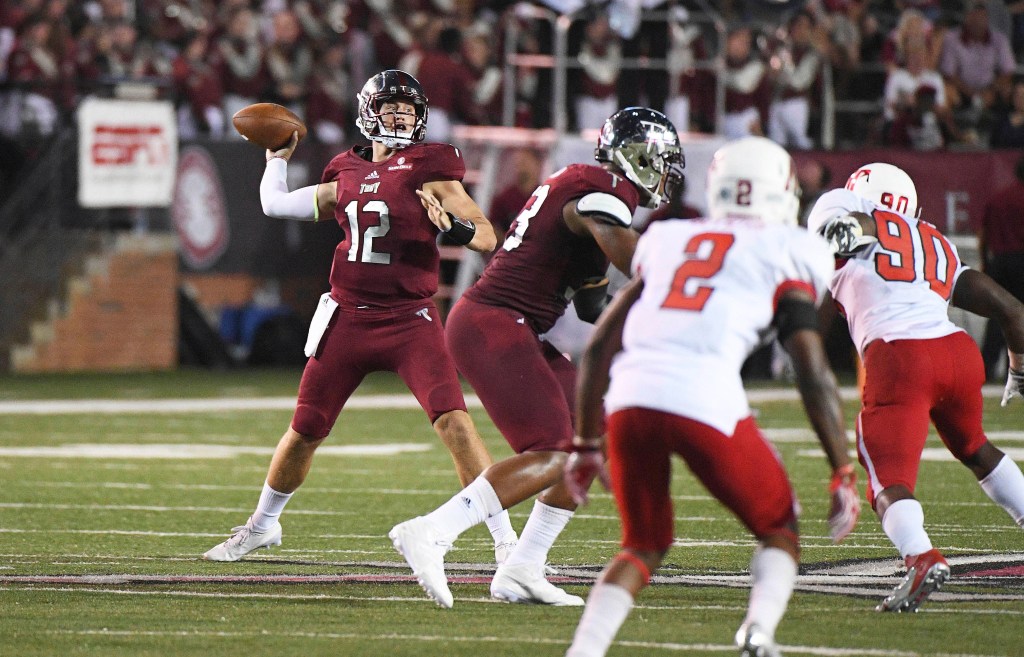 Brandon Silvers (12) is one of the most accomplished quarterbacks in Troy history. (Messenger file photo)

Spring football will be busy in 2023 as both the re-launched XFL and USFL gear up for seasons beginning in February.

The XFL will launch for the third time after Dwayne “The Rock” Johnson, his ex-wife Danny Garcia and RedBird Capital purchased the league from XFL – and WWE – founder Vince McMahon in 2020.

The league originally was founded in 2001 and folded after just one season. McMahon restarted the league in 2020 and the league folded before the end of the season due to the COVID-19 pandemic. The 2023 version of the league will feature eight teams including the Arlington Renegades, Houston Roughnecks, Vegas Vipers, Orlando Guardians, St. Louis Battlehawks, San Antonio Brahmas, Seattle Sea Dragons and DC Defenders.

The XFL held a quarterback draft on Nov. 15 with various players across the country being drafted to the new XFL. Among the quarterbacks drafted was former Troy University star quarterback Brandon Silvers, who was selected by Houston. Silvers played for four seasons at Troy and ended his career second all-time in passing. He threw for 10,677 yards and 71 touchdowns during his Trojan career.

Silvers played for the New York Jets in the NFL and Memphis Express of the Alliance of American Football (AAF) before that league folded in 2019. Silvers also played for Seattle in the XFL’s 2020 season. He completed 53-of-102 passes for 539 yards and six touchdowns before the league suspended operations.

Additionally, former Alabama standout AJ McCarron was drafted by the St. Louis BattleHawks. Silvers and McCarron are the only two quarterbacks in the league with ties to the State of Alabama. Both McCarron and Silvers grew up in the Mobile area, as well. 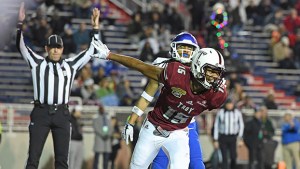 Troy wide receiver Damion Willis (15) reacts after a catching a touchdown pass during the first half of the Dollar General Bowl NCAA college football game against Buffalo in Mobile, Ala., Saturday, Dec. 22, 2018. (Photo/Thomas Graning)

On Wednesday, the XFL began drafting other players. In the sixth round, former Troy receiver Damion Willis was selected by Seattle, as well. Willis played alongside Silvers at Troy. Willis earned All-Sun Belt honors twice as a Trojan and caught 98 passes for 1,496 yards and 13 touchdowns during his two years at Troy. In 2018, he recorded 56 catches for 876 yards and 10 touchdowns. He also set the New Orleans Bowl record for catches in a game with 11 for 136 yards and two touchdowns.

Willis has played for the Cincinnati Bengals, Cleveland Browns, Jacksonville Jaguars, Denver Broncos, New York Giants, Washington Commanders and Pittsburgh Steelers of the NFL. He started two games for the Bengals in 2019 and caught nine passes for 82 yards. 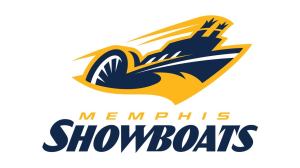 The USFL also announced on Tuesday the addition of a legacy team in the Memphis Showboats, which is replacing the Tampa Bay Bandits for the 2023 season. While the league said that it expects the Bandits to return in the future, the Showboats were another USFL franchise that played a big part in the original USFL in the 1980s.

The original Showboats were the home of a number of big name players during its run, including future professional wrestler Lex Luger, NFL Hall of Famer Reggie White and former Alabama legend Walter Lewis. 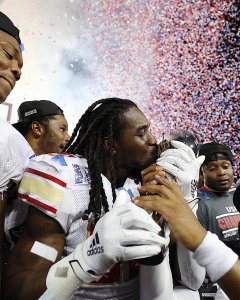 The USFL expects for all USFL teams to play their home games in their home stadiums beginning in 2024. The 2023 season is scheduled to begin in April.