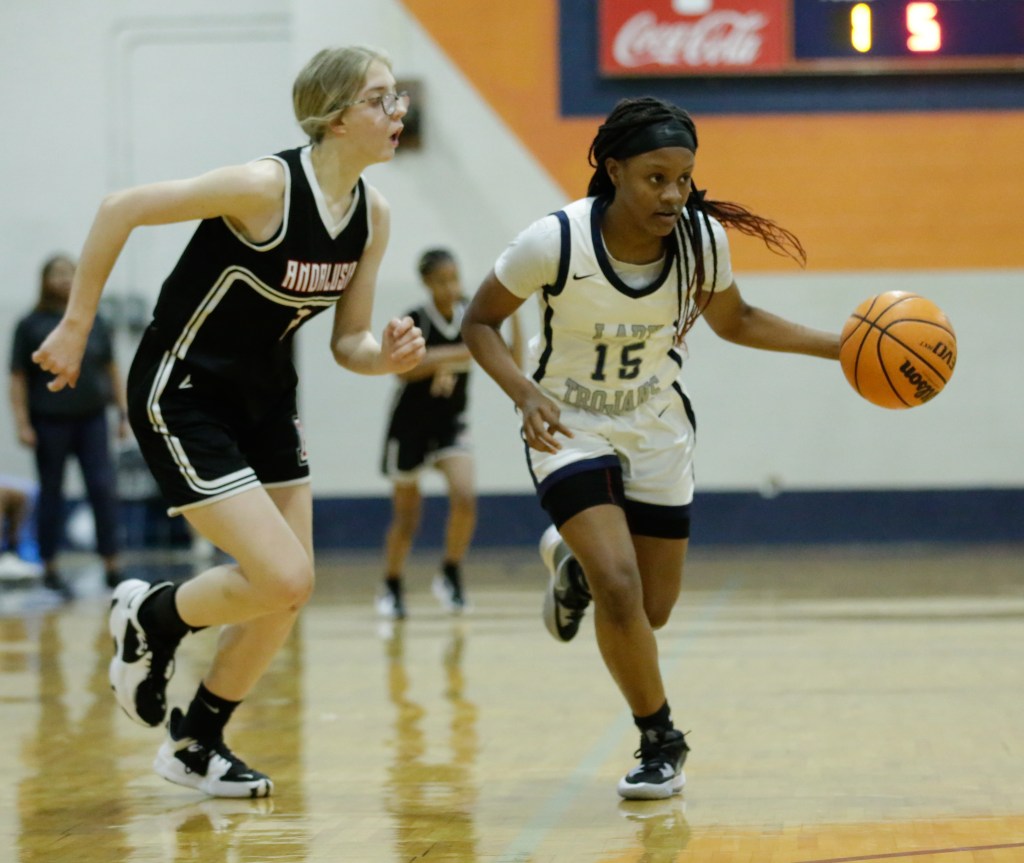 Dan Smith KK Hobdy dribbles around an Andalusia defender in a game on Tuesday night in Troy.

The Lady Trojans began the night with nail biting 36-31 win over the Lady Bulldogs before the CHHS boys defeated Andalusia 65-33.

The Lady Trojans were outscored in the middle quarters 20-12. But thanks to strong first and fourth quarters, they were able to hold on to a five-point win.

The Trojans went into the final quarter trailing by two at 26-24 after they were outscored 11-6 in the third.

KK Hobdy had eight fourth quarter points and the Trojans were able to regain the lead and go on to secure the win.

Hobdy finished the game with a game-high 16 points. Raven Williams added points, Brockton had seven and Madison Ousley had four.

The number four ranked Trojan boys knocked off Andalusia by 32 points after they had a strong performance by Jywon Boyd led the way for the Trojans with 14 points.