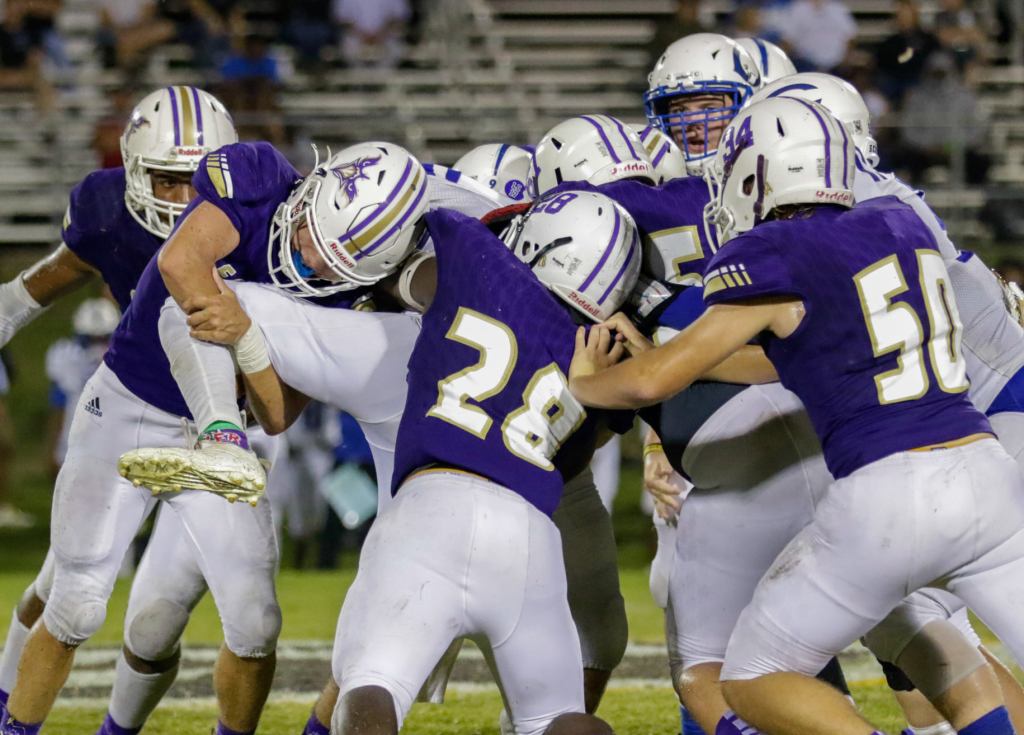 Dan Smith | The Messenger The Goshen Eagles released their 2022 and 2023 football schedule on Tuesday.

The Goshen Eagles and the Charles Henderson Trojans have finalized their 2022 football schedules.

The Eagles make a return trip to Class 2A after spending the last two seasons in 3A, while the Trojans’ schedule will include new regional opponents.

The Goshen Eagles will compete in Class 2A Region 3 over the next two seasons and will be joined by Barbour County, Highland Home, Horseshoe Bend, Lafayette, Lannett, Luverne and Reeltown.

In year one under Moore last season, the Eagles finished 1-9 with their only win coming against former region foe Pike County.

The Eagles will see their first action on Aug. 19 when they host Daleville. The Eagles will then hit the road for two straight weeks when they take on Zion Chapel before playing Highland Home in the region opener.

The Eagles will celebrate homecoming on Sept. 23 against Kinston and senior night against Lanett on Oct. 14.

The Eagles also released the 2023 schedule on Tuesday. The schedule will feature home games against Zion Chapel, Highland Home, Lafayette, Barbour County and Horseshoe Bend. The Eagles will travel to Daleville, Reeltown, Kinston, Luverne and Lanett.

The Trojans finished last season 2-8 under new head coach Quinn Hambrite. The Trojans will compete in Class 5A Region 2 along with Eufaula, Greenville, Rehobeth, Carroll and Headland.

“I coached against Eufaula, prior to this year, for two years,” Hambrite said. “You have a tough Eufaula, we still have Rehobeth, and we still have Headland. The region almost looks the same; we just have a six-man region.”

The Trojans will have home games against Mary G. Montgomery, Greenville, Carroll, Beauregard, St. James and Rehobeth. They will be on the road against Pike County, Eufaula, Headland and Selma. After Six-straight home games, the Trojans will close out the season with three consecutive road games.

Although lately Charles Henderson’s game against Pike County has been an exhibition game, there is a possibility this year’s contest will count as a regular season game.