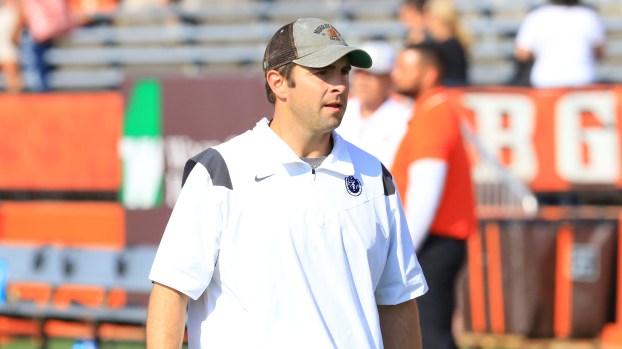 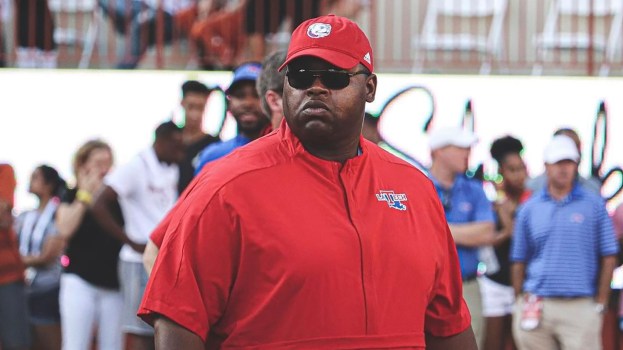 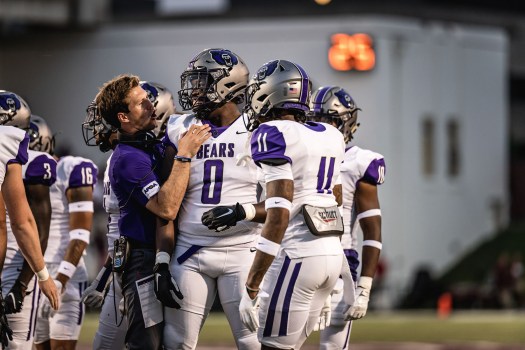 Three More names were added to coach Sumrall’s coaching staff on Thursday as the Trojan staff continues to take shape.

Sumrall announced the hiring of Evan McKissack as the team’s new tight ends coach, Tayler Polk as the new inside linebackers coach and Brock Hayes as the new running backs coach.

McKissack is a familiar face to the Trojan sideline. McKissack was a former offensive lineman for the Trojans. He comes to Troy after spending the last two years at Murray State.

McKissack was a former walk-on a Troy. After playing in just two games on special teams early in his career, McKissack became the team’s starting center and earned All-Sun Belt honors.

“I saw firsthand the kind of person and coach Evan was while we were at Kentucky, and I couldn’t wait to get him back to Troy,” Sumrall said. “He is a grinder and has worked with some of the best in the business as he’s progressed through his coaching career. Evan demonstrated as a player the type of person he is with his work ethic and determination no matter the odds that were stacked against him. I’m excited to welcome Evan and Erica back home.”

McKissack coached both the Racers’ tight ends and running backs during his two-year stint at Murray State.

He coached Damonta Witherspoon who rushed for 912 yards and had eight touchdowns on his way to earning All-America and Ohio Valley Conference honors for the second consecutive season.

McKissack began his coaching career at Kentucky as a graduate assistant. He worked with John Schlarman, who was his offensive line coach at Troy.

“There’s nothing like being back home,” McKissack said. “The impact that Troy University has had on my life can’t be measured, and I’m excited to give back what this great institution instilled in me. I want to thank Jon Sumrall for this amazing opportunity and can’t wait to get to work with the great staff and players we have.”

Polk arrives on the Troy campus after coaching the last two years at Central Arkansas.

I had the pleasure of getting to know Tayler when he was a graduate assistant at Ole Miss,” Sumrall said. “He’s one of the brightest young coaches in the game and has a motor that never stops. Tayler did a fantastic job with not only the linebackers but also the special teams while he was at Central Arkansas, and we’re excited to welcome him and Eliza to the Troy Family.”

Polk coached the Bears outside linebackers in 2020, before taking over the entire unit in 2021.

The Bears led the FCS ranks in turnovers forced and defensive touchdowns during the 2020 season.

“My wife Eliza and I couldn’t be more excited to be here at Troy University and to be working with Coach Sumrall again,” Polk said. “It’s clear to see that Troy is a special place, and we’re beyond grateful to call Troy home.”

Polk was a four-year letterwinner at linebacker at Ole Miss where he played every game for the Rebels from 2014 until 2017. He had five starts.

Hayes was the running backs coach at Louisiana Tech the past three seasons.

“We’re excited to welcome Brock and his family to Troy,” Sumrall said. “He is well respected throughout the coaching profession, as evident by his selection to the AFCA 35 Under 35 this past year. Brock does an excellent job building a rapport with his players, and his vast resume coaching numerous position groups provides him with a comprehensive teaching tool to share with his players.”

“I’m excited to become part of such a rich tradition at Troy University,” Hays said. “The opportunity to be part of Coach Sumrall’s coaching staff is such an honor. I’m looking forward to developing relationships and making an impact with this great foundation of young men on our team. It’s going to be a collective effort to Rise to Build.”