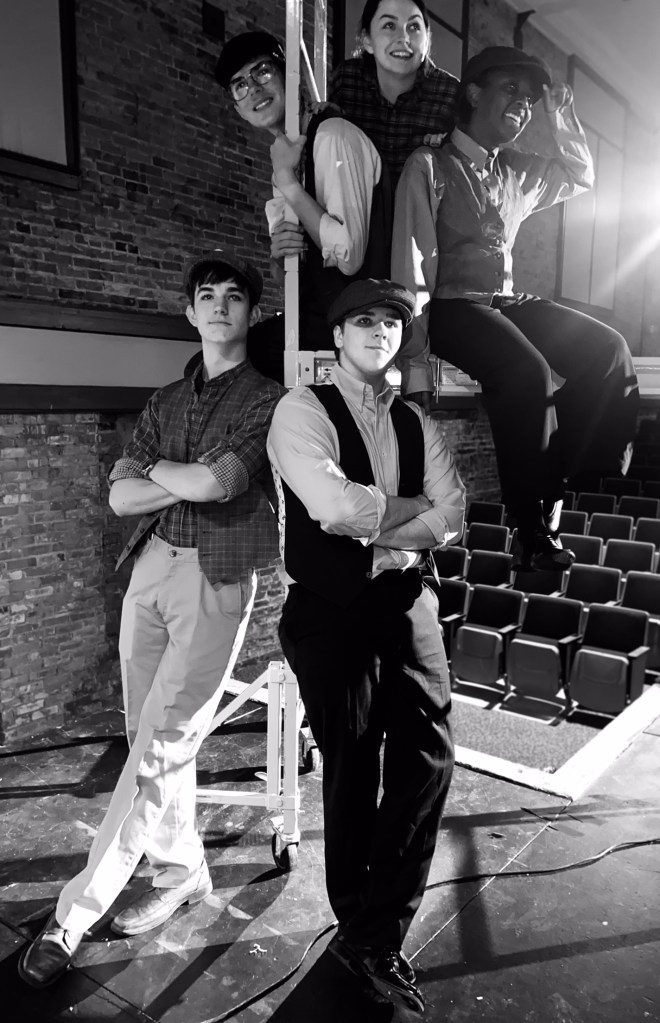 Contributed Photo “Newsies” will be presented by Dale County and Ozark City Schools in February. For ticket information, call 334-774-0720.

Dale County and Ozark City Schools will present “Newsies,” February 8, 10, 11, 12, at 7p.m. at the Flowers Center for the Performing Arts in Ozark.

“Newsies” is set in New York City at the turn of the last century and based on a true story, It’s the rousing tale of Jack Kelly, leader of a ragged band of teenage “newsies” who dream only of a better life far from the hardship of the streets. However, when two publishing titans raise distribution prices at the newsboys’ expense, Jack finds a cause to fight for. This high-energy, not-to-be-missed version of the hit Broadway show fills the stage with “newsies” and more dancing than ever before.

The production with Margie Benson, director; Michelle Shirley, director of music; and Tracy Shilabeer, choreographer. Tickets are on sale from 4:30 to 6:30 p.m. Tuesdays and Thursdays at the Flowers Center until the show. Tickets are $15. For ticket information, call and leave a message at 334-774-0720 or email margiebenson1@gmail.com if you would like to purchase with a credit card.