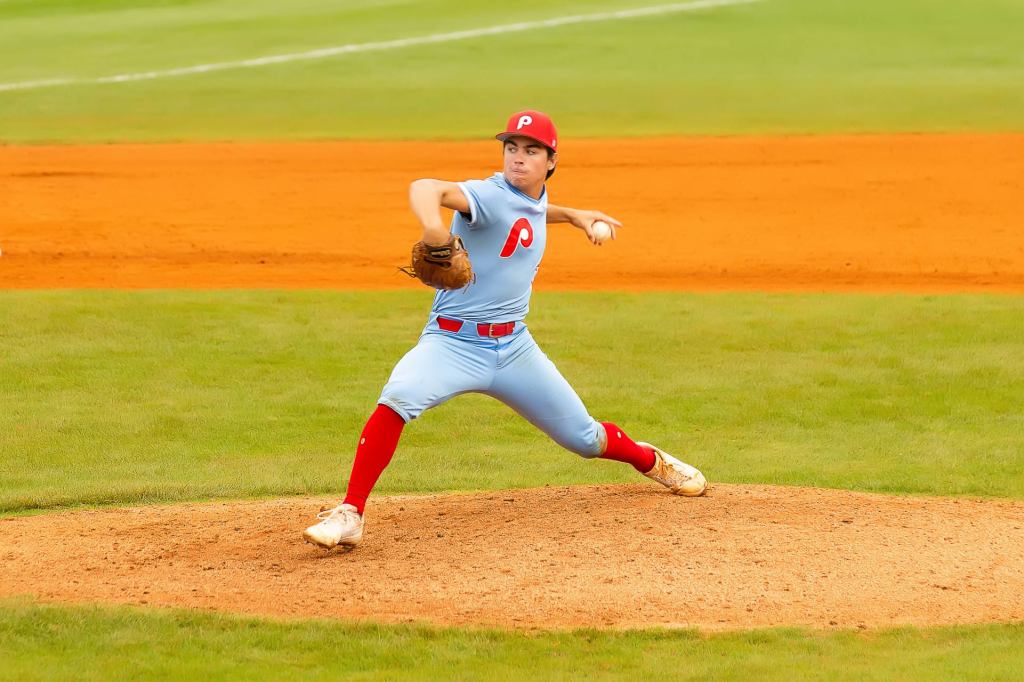 “It’s exciting just to be recognized,” Nelson said. “Their is only one (winner) a year. There are only a handful of people that can say they have done that. It’s pretty special.”

With the 2022 season rapidly approaching, Nelson plans to use this award as added motivation heading into his senior year.

“It sets the bar even higher knowing what the ground level is and knowing what I have to do to top last year,” Nelson said.

Offensively, Nelson had 132 plate appearances. He finished with a .385 batting average with 5 home runs, 22 RBI, 12 doubles and two triples.

He was named the Messenger All-Area Player of the Year.

Nelson was one of many strong pitchers in Pike’s rotation last season. Along with Nelson, other pitcher’s included Walker Stallworth, Press Jefcoat and Javon Christian among others.

Nelson credits the internal competition between the pitchers for the rotation’s success last season.

“The reason we were so good as a staff was because we weren’t just competing against other teams, we were competing with each other,” Nelson said. “We always wanted to go out there and put up our best performance. In intersquad scrimmages we wanted to have the best numbers and velocity. Coach Rush and coach Ross (Hixon) led a great staff and had us keep the mindset of pushing each other to be the best we can be.”

The Patriots took home their third consecutive AISA state championship in May. The Patriots finished the 2021 season 29-6-1 in Hixon’s first year as head coach at Pike.

“I’m very honored and humbled to receive this award,” Hixon said. “Individual awards are great and have their place, but like most awards this a product of more than just individual efforts. I’m blessed to be surrounded by incredible players and coaches on a daily basis who make my job a lot easier.”

The Patriots were ranked number one in the initial Alabama Sports Writers Association rankings last season and never gave it up.

After sweeping Morgan Academy in the semifinals, the Patriots visited Montgomery’s Paterson Field to take on Bessemer Academy in the championship. The Patriots made quick work of the Rebels, sweeping the series with wins of 6-2 and 13-0.

“It’s really good for him to get the recognition that he deserves,” Nelson said. “The amount of time he spends hands on with us, helping us and the relationship he has with all of us, you don’t get a lot of that. He really deserves it.”