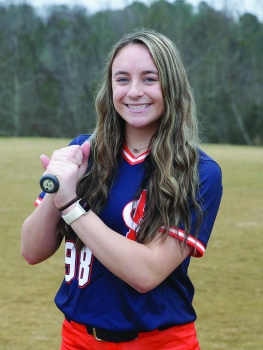 The 2021 softball year included a strong year by a Charles Henderson Trojans and a fond farewell to a very popular coach at Pike Liberal Arts.

The Charles Henderson Trojans began the Khadija Neely era in 2021. Neely and the Trojans found plenty of success in 2021, advancing to the postseason.  Plenty of Trojans found success last season including the Messenger Area Player of the Year McKenzie Cain.

“I think I did pretty good,” Cain said following the season. “There were a couple games when I didn’t do my best. It’s not just about me, I’m happy for the team. We got together and put in the work. We worked together.”

The Trojans finished the year 21-20 under Neely. For her efforts, Neely was named the All-Area Coach of the Year.

“I am truly honored to be named Coach of the Year,” Neely said after winning the award. “I give all of the glory and praise to God for giving me the ability to lead these young ladies. I truly appreciate my assistant coaches. My biggest goal as a coach is to use softball as a tool to teach them how to persevere in life.”

The 2021 season was the final season for Patriot head coach Robert Rollan. After 37 years of coaching Rolland decided to call it a career. He coached the last seven years at Pike.

“I loved being around the girls,” Rollan said. “They loved playing the game. They were always an empty sponge. They loved being coached, they loved being challenged. It didn’t matter what we tried, they were always willing to give something a try. It was one of the reasons we were as successful as we were. The (players) were an open book to anything we wanted to do. That was always fun.”