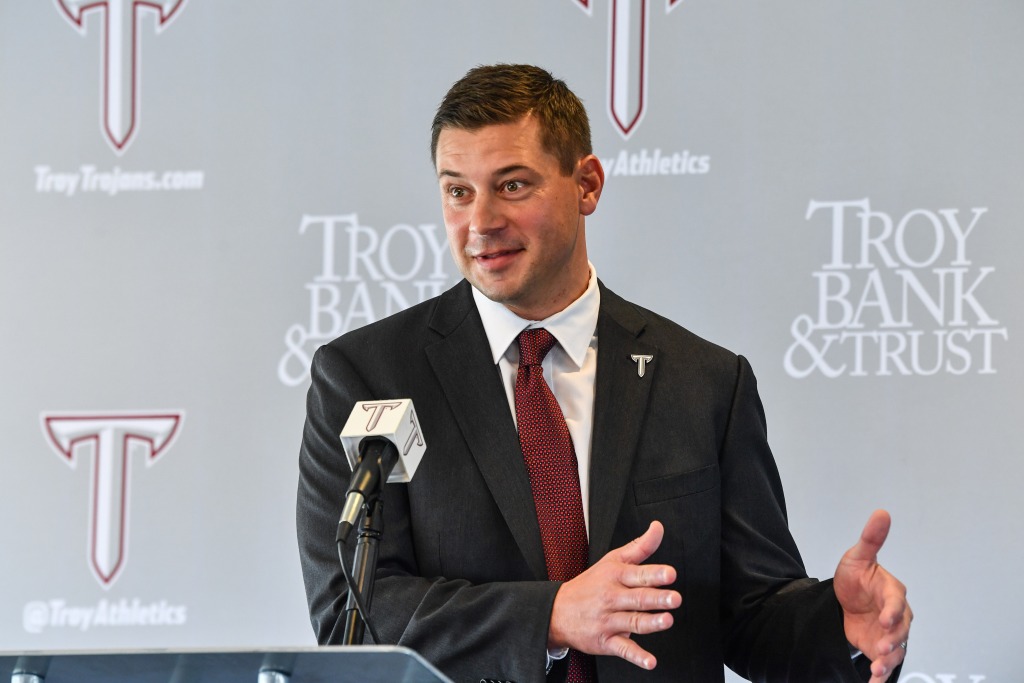 The Troy Trojans finished off the 2021 calendar year with change and plenty of excitement.

There were plenty of storylines during 2021, highlighted by a coaching change that brought a popular face back to the Troy community.

The Troy Trojan football program welcomes back former assistant Jon Sumrall after the team missed out on postseason play for the third consecutive season under previous head coach Chip Lindsey.

“This place is special for me and my family. That’s why we are here,” Sumrall said. “The people here made it special to us the last time we were here and I firmly believe the people are going to make it special again for our family, our football team and everything we are doing.”

Lindsey, in his final year as head coach, led the Trojans to a 5-6 overall record and a fourth-place finish in the Sun Belt East Division.

2021 was the third-straight season the Trojans finished under .500 under Lindsey.

“Our vision for Troy University football has not changed,” Director of Athletics Bret Jones said. “We want to compete for conference championships, be bowl eligible, win bowl games and compete for the College Football Playoff. We want to be the in the top five of the Group of Five. Those expectations have not changed. That’s what I let all the candidates know. There was one person I felt could match the energy, the enthusiasm and the passion that we all have for Troy football and that is Jon Sumrall.”

Sumrall, who comes to Troy after coaching at the University of Kentucky, is excited to return to a place he loves and to a place that holds the football team to a high standard.

“Troy football is a winning culture,” Sumrall said. “The expectations are real and I want to embrace that. I didn’t want to go to a program that wanted to be average or mediocre. I wanted to go some where, if I was ever going to be a head coach, and be expected to win.

“Success is expected and that is what excites me.”

The football program was not the only program to welcome in a new head coach in 2021. Longtime head coach Mark Smartt stepped away following the 2021 season and the University welcomed new head coach Skylar Meade into the fold.

Smartt steps aside after spending the last six seasons as Trojan head coach, He spent over 21 seasons wearing the Trojan uniform as both a player and as a coach.

“Wearing the Troy uniform provided me a front-row seat next to Chase Riddle and Bobby Pierce, the two most impactful coaches in my life,” Smartt said after stepping aside. “The single highest honor of my professional career was being allowed to follow in their legendary footsteps as the head coach at Troy. Thank you to every one of my teammates who have always supported me in every way possible. Thank you to every player, coach, trainer and manager for your commitment to the program. Thank you to every single fan for your unbelievable support of the program. Finally, thank you to my beautiful wife Deborah and our children Taylor and Chase for your love and unwavering support.”

Meade arrived at Troy after spending time as a pitching coach at South Carolina.

“Skylar is a dynamic leader who has a proven track record of success,” Troy Athletic Brett Jones said after the hire. “We are excited to welcome Skylar, his wife Jesse and their two boys to the Troy Family. He is widely recognized as one of the top pitching coaches and recruiters in the nation. Skylar will build upon the great tradition and the history of success that Troy Baseball is known for. I would like to thank our selection committee for their hard work in this process as Skylar rose to the top of an extremely deep and talented candidate pool.”

On the softball field Beth Mullins team had perhaps their best season in recent memory when they went 37-17 overall and 17-6 in conference play. They ended the season in postseason play in the Tuscaloosa Regional.

Troy had Power 5 wins over Ole Miss, North Carolina and Georgia Tech during the season.

The women’s basketball team had perhaps the greatest success in 2021. They finished off the 2020-2021 season with another trip to the NCAA Tournament. They traveled to Texas A&M and came within a few possessions of shocking the Aggies. Their success in the game garnered national attention, so much so that they were trending on Twitter in the latter stages of the contest.

The Trojans finished the year 22-6 overall. They finished conference play 15-2 and won another conference championship. 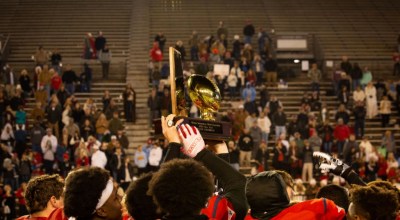