Young Patriots ready to get back to work after the holidays 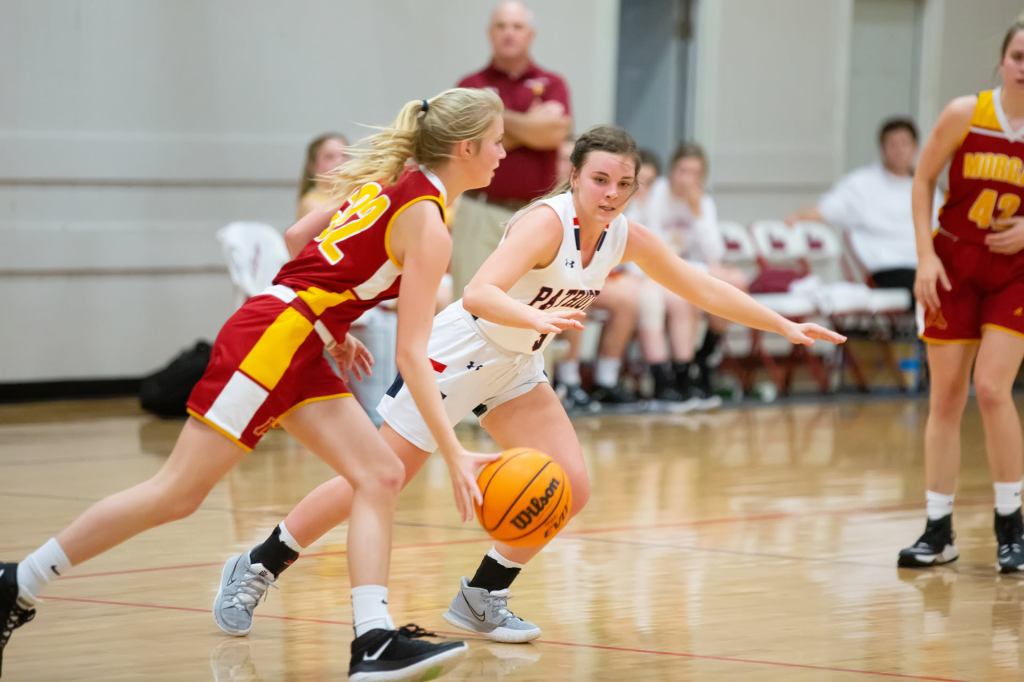 Contributed photo/Candace Nelson | The Messenger The Pike Liberal Arts Patriots enter the 2022 portion of their schedule with a 5-6 overall record.

The Pike Liberal Arts Lady Patriots headed into the break a game under .500. With area games looming, coach Brandon Matthews and the Patriots are ready to hit the ground running when the calendar flips to 2022.

The Patriots entered the Christmas break 5-6 overall. They field a team with plenty of youth, but despite not having the older experience, Matthews has been pleased with what he has seen out of his team.

“We have a very young team, we don’t have a single senior on the team,” Matthews said. “We brought up a lot of younger girls, which is super valuable. We are one game under .500 going into the break. I’m really happy with our development. I think our girls are improving, I think we are playing really hard. We can play with grit and toughness, which is what I want to see. I believe we will become more competitive throughout the year.”

Lakin Harrell has been looked as a leader on the Patriots this season.

“Lakin, she really has grown as a leader,” Matthews said. “We want to see our girls grow as leaders an I have seen that from Lakin in a significant way. She is a great encourager for other teammates. She does a great job teaching the younger girls who may not have as much basketball experience. With Lakin, I think she has her best games when she doesn’t put as much pressure on herself and she gets others the ball. I think she has done a good job of that. She is an incredible player and an incredible scorer. She is really learning how to give others the ball to carry some of the burden with her. She is growing and has really embraced her role as a leader.”

The Patriots have faced plenty of stiff competition this year. In the offseason it was believed there would be plenty of parity in AISA girls basketball this year. Heading into the holiday break, a few contenders have emerged, and Matthews believes his team has what it takes to make a run this spring.

“We have played some solid teams and we have been competitive against some solid teams,” Matthews said. “Lee Scott has really kind of emerged as a front runner in AISA girls in my opinion. They are undefeated going into the break.

“Ultimately, there are a couple of front runners that are emerging, but we I still feel like we can be competitive with anyone, given the right day and the right game plan.”

The Patriots’ young roster has really come together as a team, according to Matthews. The team has gone through a lot this season, but with their strong work ethic, Matthews believes the future is bright for his team.

“I’m not really a results centered coach. We play to win and we are going to be competitive, but those are the things I have seen from the girls over the last few weeks. They play with a lot grit and toughness and that is going to win them some games.”

The Patriots will have some of those tough games when the season picks back up after the holidays.

“The first few games are crucial for us to get some momentum going into the season.”

The Patriots will take on the Wirgrass Kings on Jan. 4 in Troy.