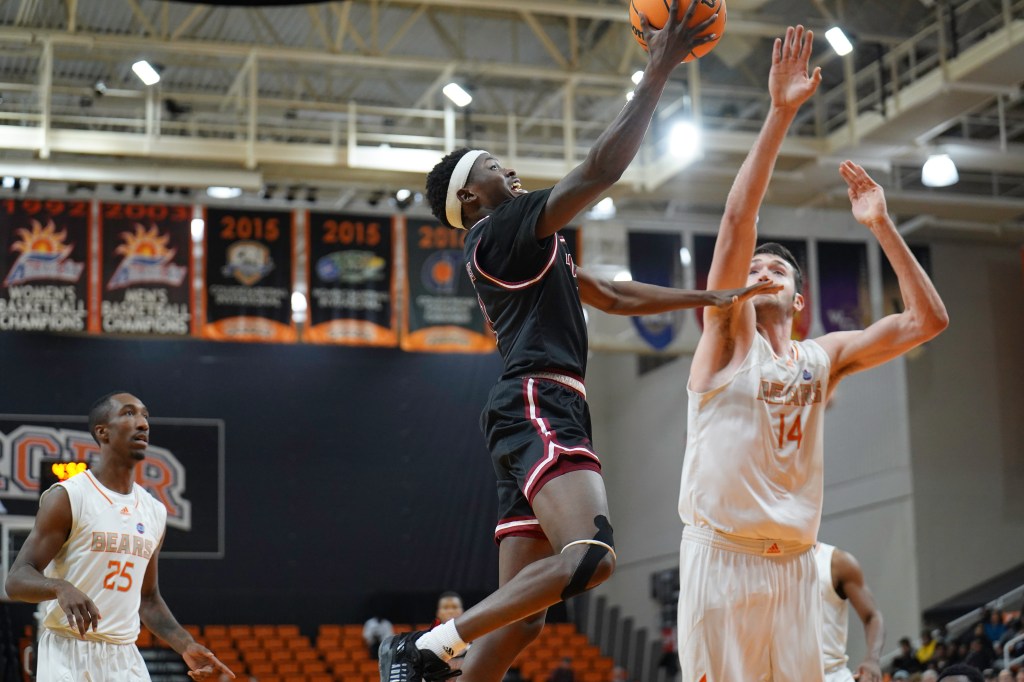 Contributed photo/Troy Athletics | The Messenger Troy’s Desmond Williams goes up for a shot against Mercer on Wednesday night.

The Troy Trojans continued their current run of success with a comeback win over Mercer on Wednesday night.

The Trojans trailed by as many as nine points with just over five minutes remaining. The Trojans outscored the Bears 17-4 the rest of the way to secure the 69-65 win.

“I’m super proud of our guys,” head coach Scott Cross said. “We played tougher and got some huge stops down the stretch and had a little more grit to us defensively, which was the difference. To have four straight wins going into conference play is huge. But we still have a long way to go, and we will take it one day at a time and get better.”

The win for the Trojans gives them their fourth consecutive win. They close out non-conference play 9-4, giving them their best start to a year since the 2003-2004 season.

The Trojans ride into conference play middle of the pack in the Sun Belt Conference in scoring, averaging 73.5 points per game.

As a team, Troy is shooting 44 percent, seventh best in the conference. Duke Deen and Efe Odigie are both averaging 10 points per game this season.

Defensively the Trojans are allowing 66 points per game, sixth best in the conference.

The Trojans will transition to conference play following the Christmas break when they travel to take on Texas State on Dec. 30.

The Trojans will play their first two conference games on the road. After taking on Texas State, the Trojans will remain in the state of Texas to take on UT-Arlington on New Years Day.

The Trojans will play their first two conference home games the following week when they welcome in Coastal Carolina and Appalachian State.