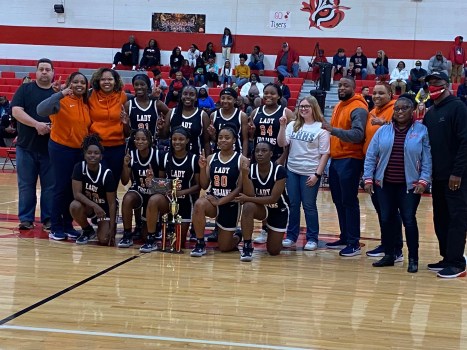 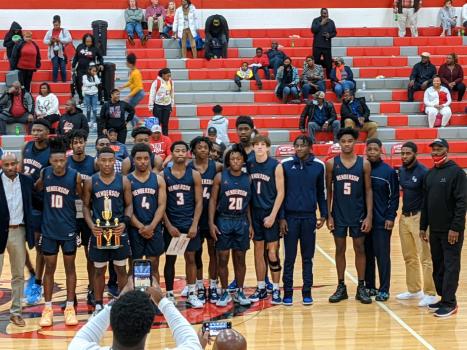 Both the Charles Henderson Trojans varsity boys and girls basketball teams played for a tournament championship on Wednesday evening in the Thelma’s Kitchen Lake City Classic in Eufaula.

Both teams took on the host team Eufaula Tigers on Wednesday. KK Hobdy scored 41 points and the Lady Trojans claimed their championship with a 72-68 win over the Lady Tigers.

Madison Ousley and Raven Williams added nine points for the Trojans, Mileah Ward had five points and Takieya Brockton and Harmony Hubbard each had two points.

The Trojan boys came up a bit short in their quest for a tournament championship on Wednesday evening. They fell to the Eufaula Tigers 85-76.

Akeives Shorts led the way for the Trojans finishing with 17 points. Jywon Boyd finished the game with 14 points and Tay Knox had 11 points, eight rebounds and two blocks.

Both the varsity girls and boys team will take the rest of 2021 off. They will return to action on Jan. 6 when they face another tiger team in Luverne.