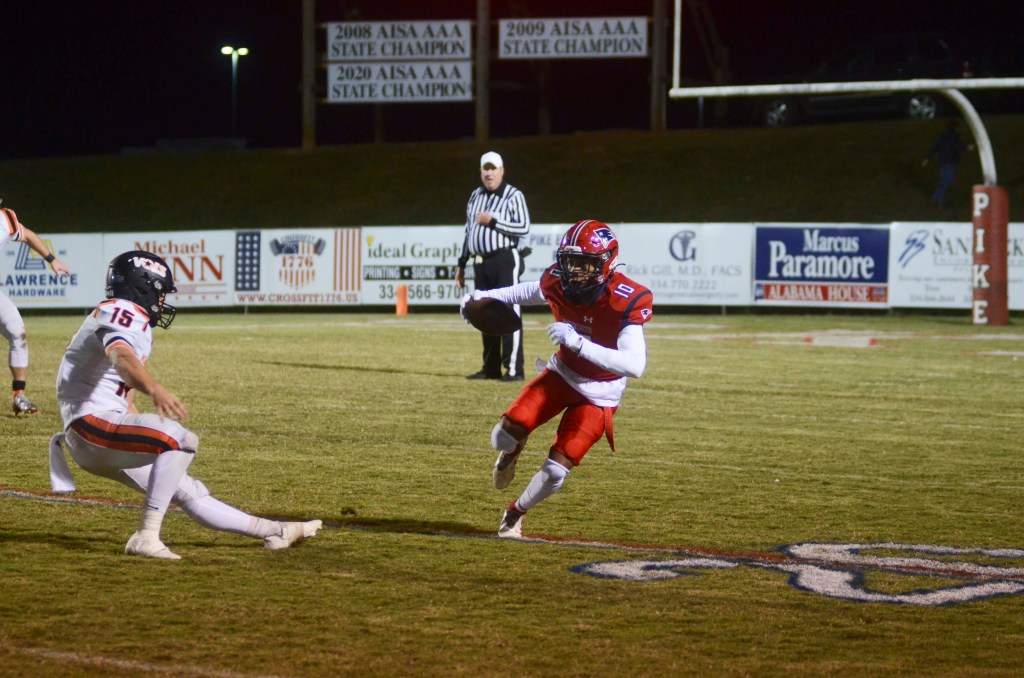 Six Patriots were among the 10 local players to be either named All-State or honorable mention over the weekend.

The Pike Patriots finished their 2021 season as state champions for the second consecutive season. They finished the regular season with a 12-1 overall record. They picked up playoff wins against Clarke Prep and Glenwood before defeating Tuscaloosa Academy in the state championship game.

The Charles Henderson Trojans, under first year head coach Quinn Hambrite, finished with a 2-8 overall record. Trojan Nik Peerson was named Honorable Mention in Class 5A as a punter.

The Ariton Purple Cats finished the 2021 season in the playoffs for the seventh consecutive season after they finished the regular season 9-1. They fell in the second round of the playoffs after winning round one over LaFayette.