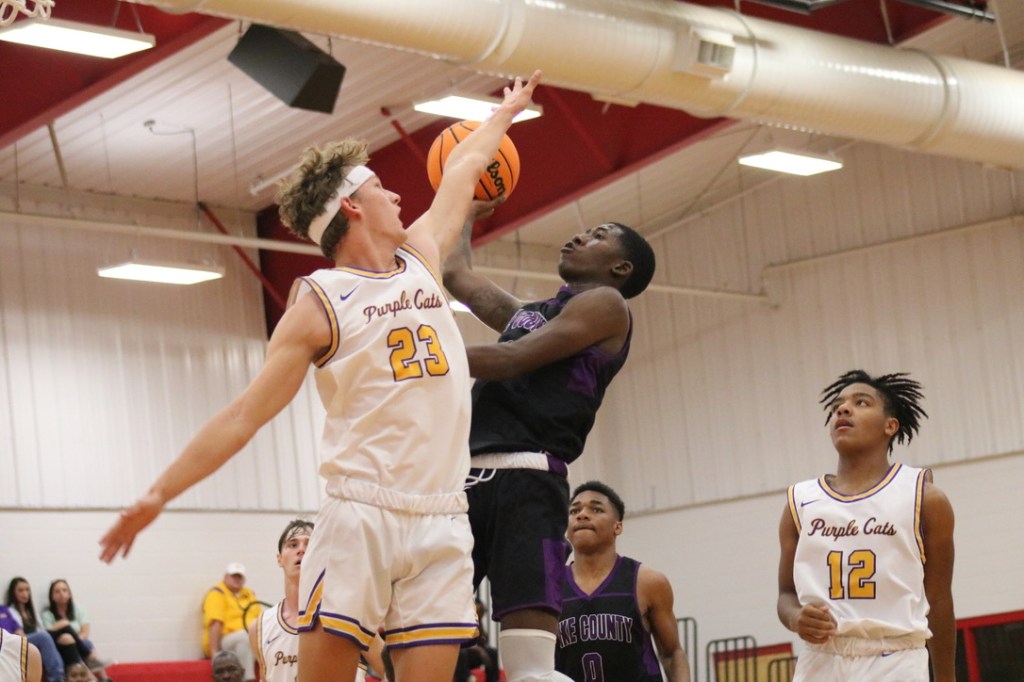 Contributed photo/Tammy Goss | The Messenger The Pike County Bulldogs took on Ariton in a game earlier this season.

The Pike County Bulldogs entered the 2021-2022 with a young aroster. A handful of games into their season, head coach Doug Holland is starting to see progress.

With a lot of young faces on the team, the Bulldogs are just now starting to put everything together.

“We have been up and down with the young team,” Holland said. “Over the last couple of weeks they have started to gel and play together. We have been more consistent in our guard play.”

Fielding a young team is something new for the veteran coach. It’s been a few years since he has fielded a young team, but the idea of building for the future excites Holland.

“It’s been a long time since I have had a young team that I’m trying to develop,” Holland said. “This year I have to learn to be patient with them. Understand that there are going to be some ups and downs. You have to keep them in a positive direction.

“Seeing these younger players and getting them ready, working them hard so they understand and accept the challenge is good. It’s always good when you have younger players because you don’t know what your going to get out of them any given night.”

Jakelmon Glasco, Quan Boyd and Khaki Leverett are among the players who are looked as leaders this season.

“They are all seniors and they have all played well for us,” Holland said.

After starting their season in late November, Holland the Bulldogs have nine games under their belt.

Holland didn’t have much time to practice with his team before opening the campaign, but game experience has made up for the lack of practice time.

“We only had six or seven days of practice,” Holland said. “There was a really quick turnaround. Game experience prepares them more than practice. I was glad to see them play early.”

Like in years past, Holland’s team will utilize team speed as their strength this season. Holland hopes an aggressive defense will help lead to quick and easy points on the other end of the floor.

“Our strength is going to be our quick