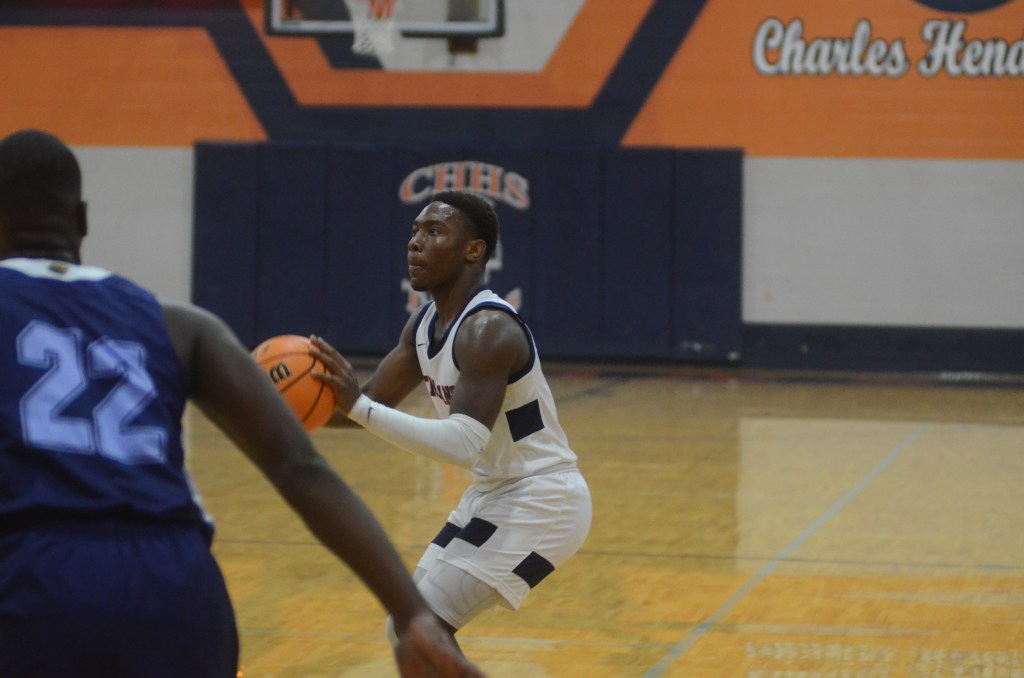 The Charles Henderson boys basketball team started the year out with a pair of losses, since then first year head coach Timothy Fayson has the Trojans playing well as the calendar gets ready to flip to 2022.

Fayson and the Trojans began the season with a pair of losses against Park Crossing. Since then the Trojans have gone 6-1 and our now 6-3 on the year.

“We have gotten a lot better since the first two games in Montgomery,” Fayson said. “We have beaten some really good teams along the way, so I think we are getting better.”

Fayson believes the slow start for the Trojans had more to do with the team’s chemistry than anything they did on the basketball floor. Since the first two games, the team has grown close together and the results are starting to show.

“We have a lot of good, individually talented players,” Fayson said. “To accomplish what we want to accomplish, we need to become a team. We have to play for each other and with each other. That was the main thing, just trying to get the guys to grow and understand the bigger picture.”

Fayson is in his first year as head coach of the Trojans. Although many of the players knew him from his days as an assistant coach for the Trojans, they had to adjust to his coaching style.

“Knowing me as a head coach is a little different,” Fayson said. “I played at Troy and we played a very up tempo, high octane system. A system that was very demanding physically in terms of being able to run and think on the run. It’s been a challenge for them getting accustomed to me demanding them to play a certain way at a certain speed and certain pace.”

Following the Christmas break and a streak of playing tough opponents, the Trojans will soon start area play.

“We have a lot of tough games coming up,” Fayson said. “Hopefully these tough games will pay off in area play. We are going to play tough teams, so when we get to area we won’t feel uncomfortable on the road when we are in a tough environment.”

The Trojans will be back in action on Friday when they take on Robert E. Lee in Dothan.