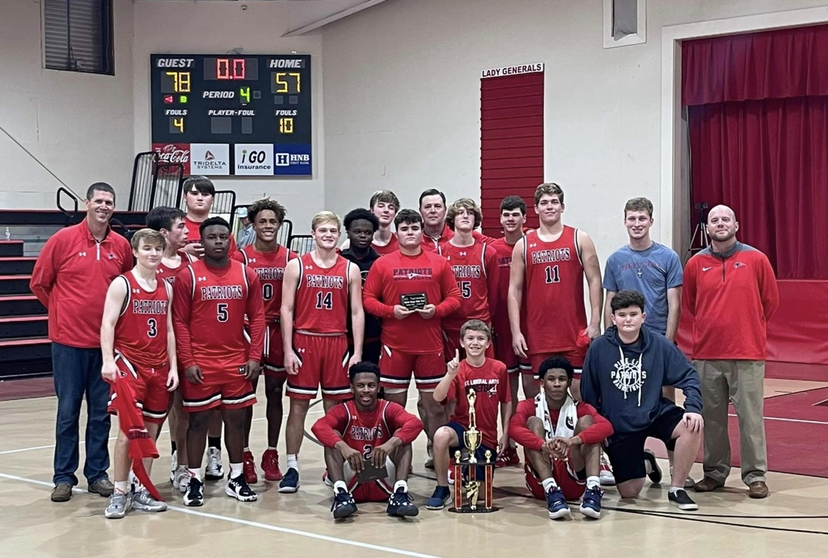 The Pike Liberal Arts varsity Patriots finished off their championship in the Abbeville Tournament before carrying over their momentum on Monday in an 83-47 win over Crenshaw Christian.

The win on Monday night improves the Patriots record on the season to 9-0.

The Patriots won their championship by way of knocking off Chambers Academy 71-41 and the Wiregrass Kings 78-57.

Drew Nelson led the way for the Patriots against the Wiregrass kings by scoring 27 points to go along with three rebounds and four assists. Mario Davenport finished with a double-double with 21 points and 11 rebounds. Ian Foster had 14 points.

Daryl Lee, Foster and Nelson were named to the All-Tournament team.

The Patriots will be back in action on Tuesday when they travel to take on Ezekiel.