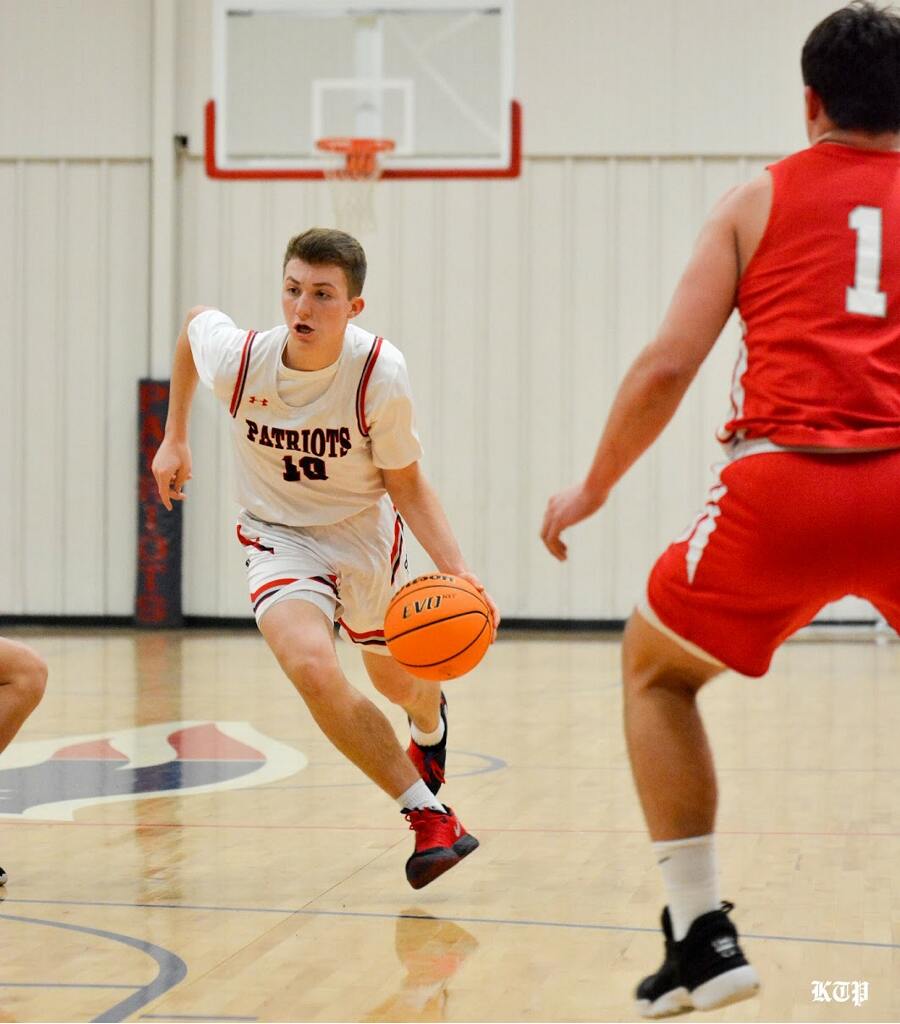 Contributed photo | The Messenger Austin Cross tries to get around a defender in a game earlier this season. Cross and the Patriots are 3-0 on the season.

For the second consecutive season the Pike Liberal Arts basketball team had little to no time to prepare for the season. Despite the lack of preparation, the Patriots look primed to carry over last seasons success into the 2021-22 season.

“We ran into the same situation last year where the football team played for a championship on Friday night,” head coach Matt Brown said. “We had our first practice on Sunday and our first game on Monday. We got off to a good start beating Evangel and then we turned around and played a pretty athletic Macon-East team. Went on a few runs and put them away pretty quick. We played a very good Lee Scott team, who gave us a dog fight in the first quarter and then our defense cranked up.”

The Patriots will be led by their big three this year that consists of Austin Cross, Mario Davenport and Drew Nelson.

They will be joined by other key returners including Payne Jefcoat and Tre Holmes.

“It makes it easy when we have our big three returning,” Brown said. “You got Payne Jefcoat, who played a good bit last year. Tre Holmes has been in the program a long time. It’s his senior year and he has put in the work and has earned his way into the rotation.”

“They (Foster and Hobdy) have stepped in and played meaningful minutes for us,” Brown said. “I think once we get them into basketball shape it’s going to be a fun year for us.”

The Patriots’ roster is full of players who have championship experience in at least one sport. Coming off their first basketball championship in school history, Brown’s team is ready to turn the page and do it again.

“I told them that was last year’s team and that it was a great accomplishment and I was proud of that,” Brown said. “This year’s team needs to establish their own identity.”

In the first three games, the Patriots strength has been their defense, according to Brown. In their win over Lee Scott earlier this week, the Patriots held the Warriors scoreless from the start of the second quarter until there was three minutes remaining in the third quarter.

“Defense is our first priority,” Brown said. “We set the tone early. We always say defense travels. You can always put the effort out there and play good defense. We have a lot of athleticism. We try to get to the goal as much as we can. We have some really good rebounders and we have some really good shooters. It’s been a good mix of speed, athleticism and defense.”

The Patriots will host their home opener on Monday when they take on Macon-East.