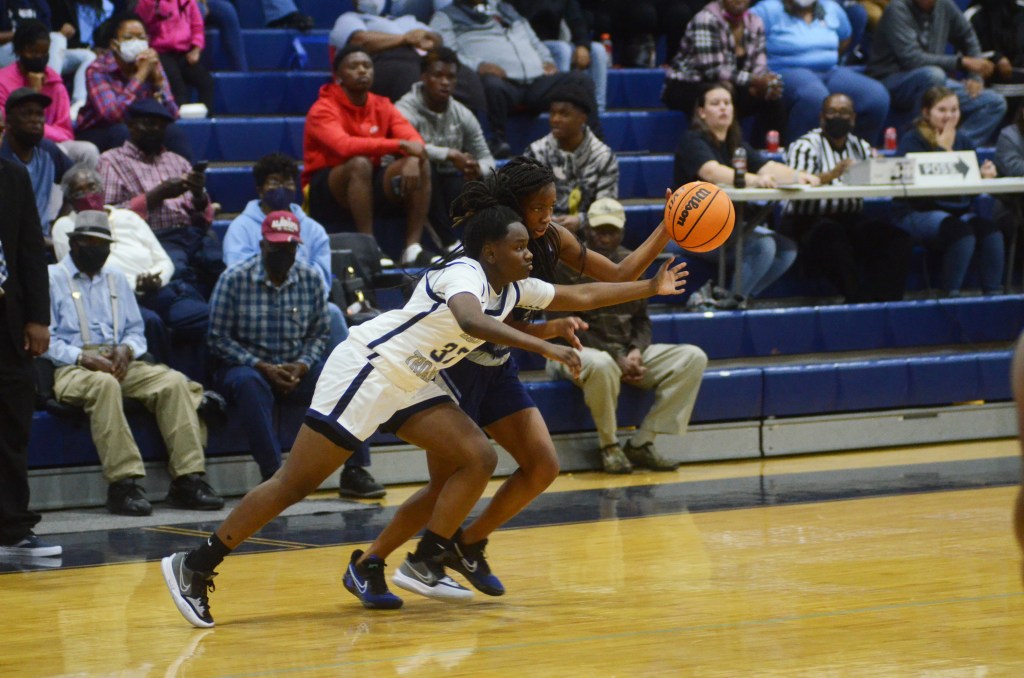 Mike Hensley | The Messenger The CHHS Lady Trojans have gotten off to a 2-0 start this season. They will play Barbour County on Thursday.

The Charles Henderson Lady Trojans are two games into their season. With a young roster head coach Dyneshia Jones-Elder and the Trojans are looking to once again make a deep playoff run and make a return trip to Birmingham at season’s end.

The Trojans are 2-0 to start their season. Charles Henderson has picked up comfortable wins over Carroll and Barbour County. They have outscored their opponents in the first two games 116-70. The Trojans are averaging 58 points per game this season.

“It’s only been two games,” Jones-Elder said. “I have seen a lot of hard work. The girls are working hard. We are executing, but of course this was just our second game. They are still in the learning process, we are learning every game. I’m proud of what they accomplished this far.”

The Trojans, having just played two games, have had extra time to practice, preparing for what they hope is a deep run this season. They are also making sure they have time to scrimmage, something they did on Tuesday afternoon in place of their game on Tuesday that was cancelled.

“That’s very important,” Jones-Elder said. “It’s been close to two weeks (since last playing). It’s important to be able to move around. We have enough coaches to scrimmage and play in game-like situations.”

The Trojans enter the season with a smaller lineup, but one that should be able to rival the success of previous teams thanks to good ball handling and strong shooting.

“It’s more or less the same type of team,” Jones-Elder said. “We’re still small. We have to communicate with each other. We have a good ball handler, we have shooting guards, pretty much the same things (as previous teams). They just have to believe in each other and keep pushing.”

The Trojan roster is full of youth this season. Without any seniors, Charles Henderson’s roster includes two juniors, three sophomores and two freshman.

Having just played two games, Jones-Elder and the Trojans are working to find more consistent leadership.

“Every day it’s a different person,” Jones-Elder said. “We’re still working on that. This is a young group, so we’re still trying to fill that position.”

The Trojans are no strangers to regular season success over the years. To make it back to the postseason this year, Jones-Elder believes her team needs to work together.

The Trojans will play in just their third game of the season on Thursday when they travel to Clayton to take on Barbour County.