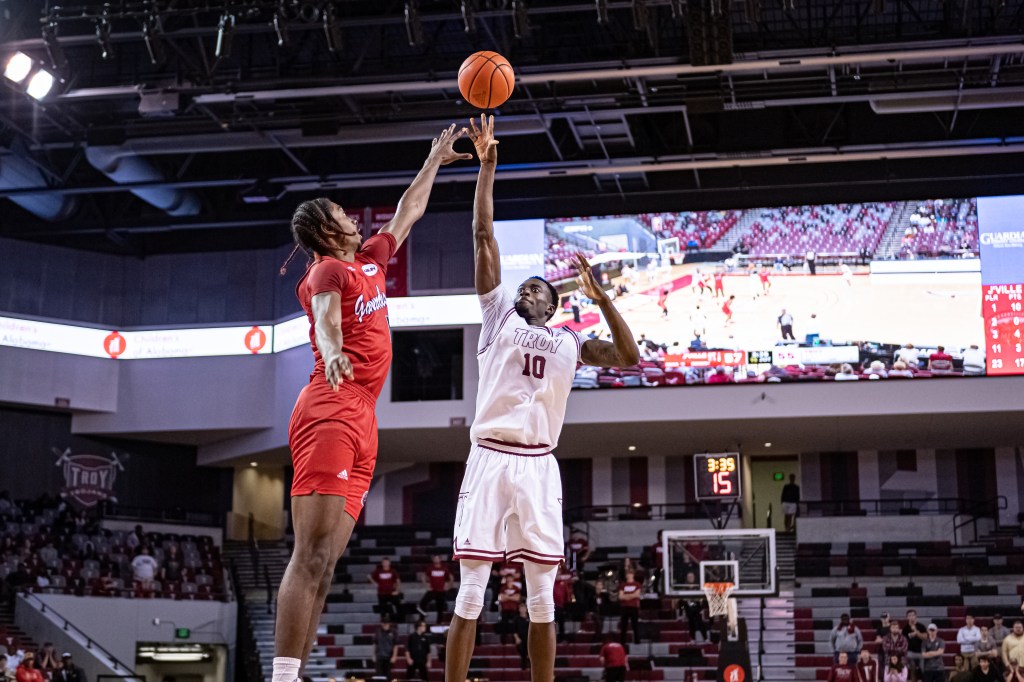 Trojan Arena will play host to its second double header of the young season when both the men’s and women’s programs return to action following the thanksgiving break.

The Trojan women look to snap a two-game skid when they welcome in-state foe Samford beginning at 5:30 p.m. The men will follow shortly after against Rust College.

The Trojans welcome in a Bulldogs team that is struggling at 1-5 this season with their only win coming against Montevallo in their second game of the season.

Andrea Cournoyer is the lone Bulldog to average double figures with 18.3 points per game.

The Trojan men struggled with nationally ranked Florida in a 84-45 loss on Sunday afternoon in Gainsville, Fla.

The Trojans fell to Florida coming off a 2-1 finish in the Paradise Classic last week. The Trojans are 4-3 overall this season.

The Bearcats are a NAIA school, competing in the Gulf Coast Athletic Conference. Rust College is located in Holly Springs Mississippi.

The Bearcats are 6-6 overall. They are coming off a 90-58 loss to Talladega on Sunday.

Both games on Wednesday can be seen on ESPN+.