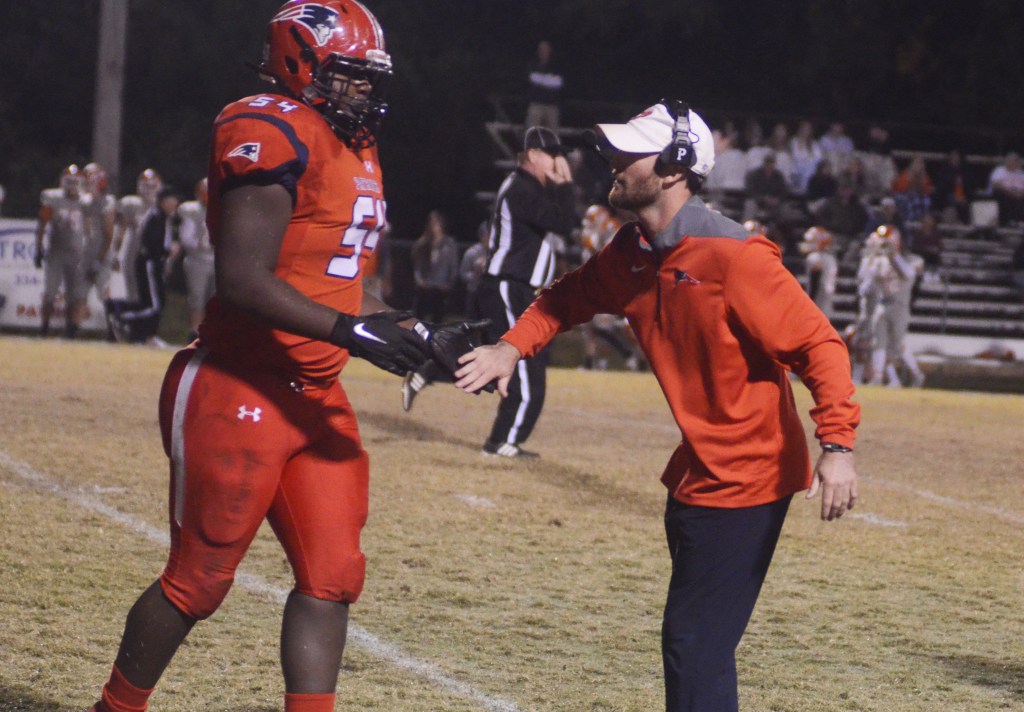 The Pike Liberal Arts Patriots will hit the road for Montgomery Friday afternoon to play in their second consecutive state championship game.

The Patriots take on Tuscaloosa Academy beginning at approximately 7 p.m. following the conclusion of the 2A title game.

The Patriots have kept to a familiar practice schedule this week while preparing for the championship.

“We have had a good week,” head coach Rush Hixon said. “We got back in here on Sunday and got back to our normal routine. All in all it’s been a good week. Energy has been high and execution has been good. We are excited to play on Friday.”

Many of the Patriots will be playing in this game for the second consecutive year, but there are players, who are new to the program that didn’t play last season. Hixon believes there is a lot of excitement in the locker room heading into Friday.

“So far a lot of excitement,” Hixon said. “The guys who played in last year are still excited to get back to it. Guys who didn’t play in it and our new are excited for the opportunity to play for a state championship. A lot of excitement, haven’t seen a lot of nerves yet, I’m sure they will come once the lights come on and that’s normal. It’s something we feel every Friday night. Overall there is a lot of excitement and the guys understand how big this opportunity is.”

This is the second meeting between the two schools this season. The Patriots defeated the Knights in Troy 42-14. The Patriots fell behind 14-0 in that game before the offense stepped foot on to the field. The Patriots scored 42 unanswered points to secure the win.

Since that loss, the Knights have five wins in a row, including two wins in the postseason. The offense has averaged 31 points during the streak, while the defense has allowed nine.

“They have gotten a whole lot better since the first time we played,” Hixon said. “We’ve tried to not visit that first game much at all because we don’t expect it to be near the same game. There is a lot more on the line this time. It’s for a state title, so both teams will have a lot of energy. We expect it to be a dog fight.

“They have found some rhythm. They had a good semifinal win and I expect them to come in with a lot of energy.”

As for the Patriots, Hixon expects his team to stick to what has worked all season long.

“Our thought process was to focus on us,” Hixon said. “Really dive into execution on our side. We are going to do what we have done the whole time. If we have to get away from some things here and there we might do it, but all in all it’s going to be pretty much the same stuff we have done all year. We hope to execute it very well.”

The Patriots will depart from campus around 2:30 p.m. on Friday night and make it to the Crampton Bowl early enough to watch the 2A title game between Escambia Academy and Autauga Academy.

“I think it’s important to get the guys in the environment and away from the school,” Hixon said. “Let them watch a little ball and get focused in somewhere else besides here. Halfway through that game we’ll start moving around and doing things to get ready for our game.”