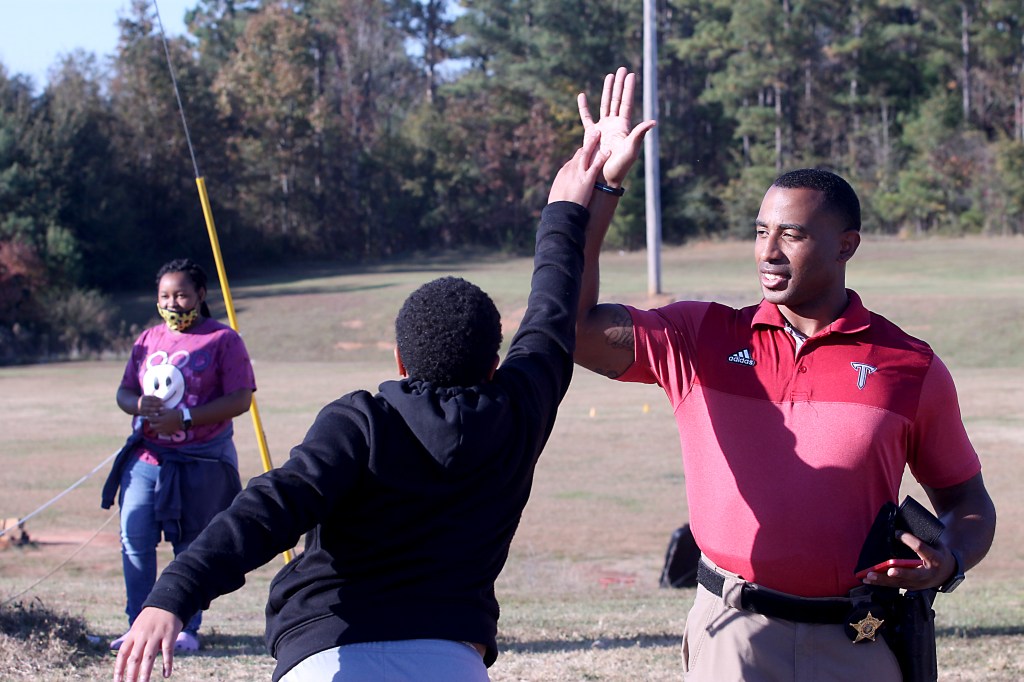 Pike County Sheriff’s Office Deputy Austin Bennett, a graduate student at Troy University and a member of Alpha Phi Sigma, said it was important for students in the sixth grade to understand what substance abuse was, the dangers of substance abuse and how to get help. Bennett said national studies indicate that students may become casual users of some illegal substance by the time they reach the eighth grade.

Bennett had three members of Alpha Phi Sigma with him on Wednesday, the second day the program was presented in Goshen. The fraternity members talked about three illicit drugs that children were likely to encounter.

After listening to the presentation from the PCSO and APS, Bennett and the APS team, the students attempted to run an obstacle course wearing drunk goggles and had a chance to look at cruisers from the PCSO.