By the numbers: A look at Friday’s AISA championship 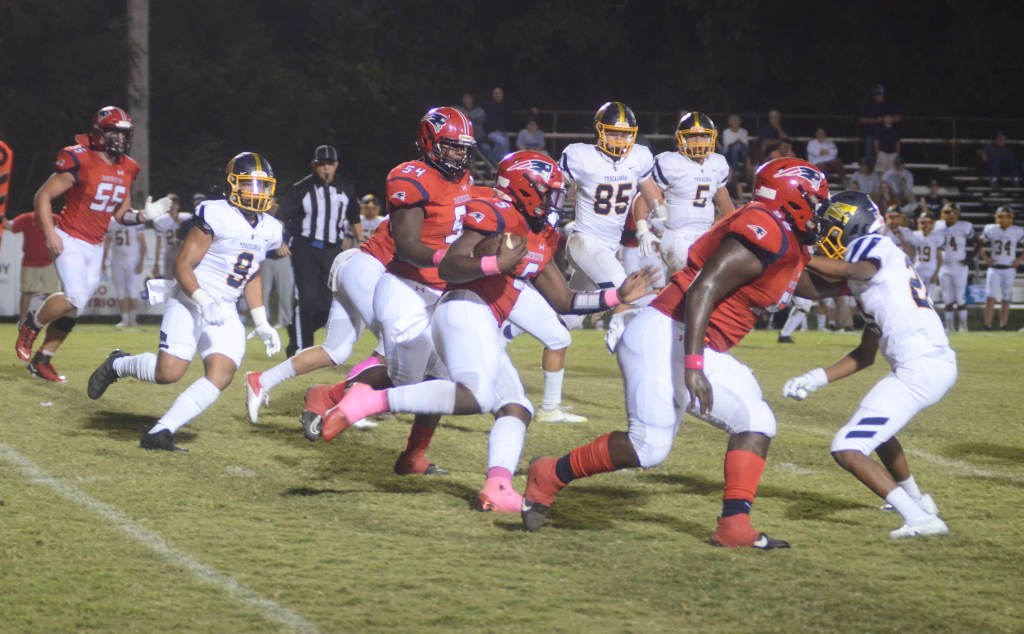 The Pike Liberal Arts Patriots will make a return trip to Montgomery’s Crampton Bowl for the AISA State Championship on Friday night.

It’s the second-straight trip to Montgomery for the Patriots. They defeated Glenwood last year to claim their first championship since 2009 and look to win back-to-back championships when they take on Tuscaloosa Academy.

11– The Patriots enter Friday night’s game riding an 11-game winning streak. Their first and only loss of the season came in the season opener when they fell to Escambia Academy 42-26.

42– Friday’s game against the Knights will be the second meeting this season between the two schools. The Patriots defeated the Knights 42-14 on Oct. 1.

14– The Knights scored 14 points before the Patriot offense stepped foot on the field in their last matchup. The knights scored on a 62-yard punt return and on an interception returned 50 yards for a touchdown.

104– Patriot quarterback Cason Eubanks finished with 104 yards on 10 carries in Pike’s game against the Knights earlier this season. He also threw for 123 yards.

4– The Patriot defense has forced four shutouts this season. They are allowing nine points per game this season.

18: The Knights’ defense has allowed 18 points per game this season. They shutout Monroe Academy in their season finale. They allowed a season high 42 points in their loss to the Patriots.

21: The Patriots enter Friday night’s game with 21 wins going to back to the start of last season, the most since they rattled off 23 combined wins in 2008 and 2009.

Kickoff between the Patriots and Knights is scheduled for 7 p.m. It will be the final game of the AISA triple-header, beginning on Friday afternoon.