Patriots gearing up for state championship 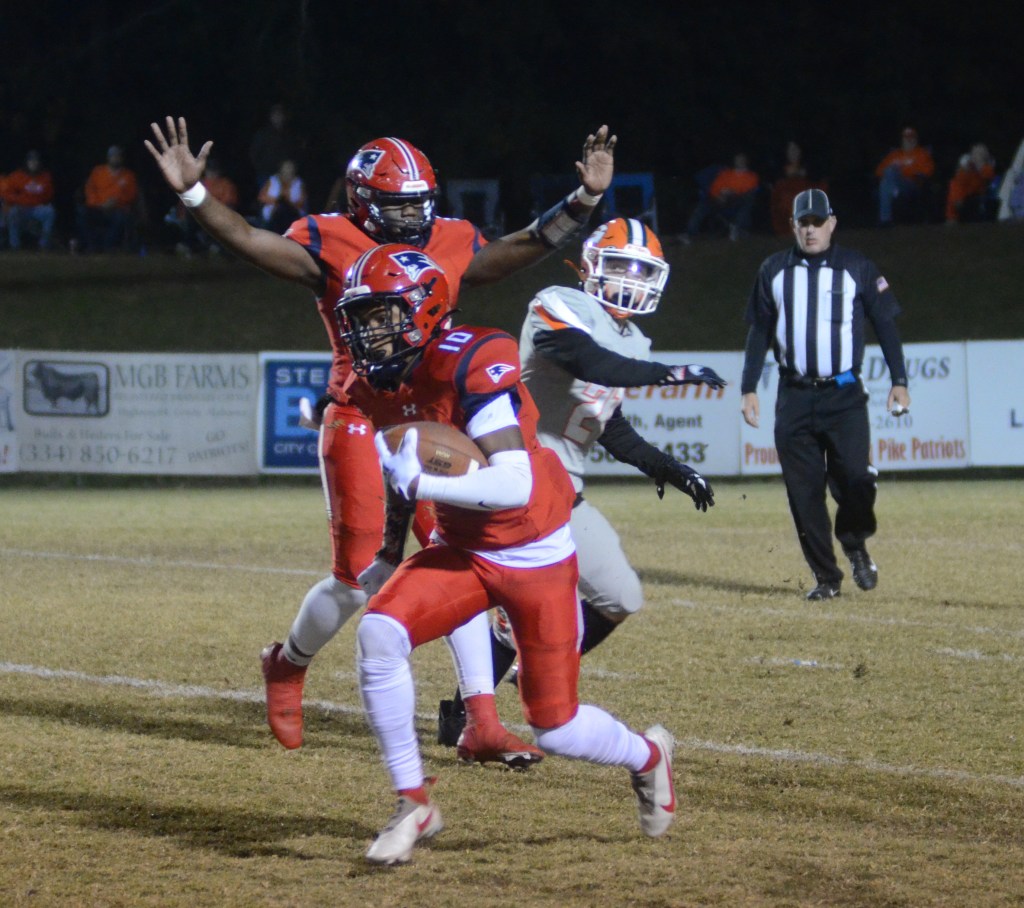 The Patriots defeated the Glenwood Gators for the second time this season, securing a return trip Montgomery’s Crampton Bowl to take on Tuscaloosa Academy.

“I haven’t had a whole lot of time to let it sink in,” Hixon said. “We know what the task at hand is and we know the importance of it. We are keeping busy so we haven’t had the chance to sit back and reflect a whole lot.”

Hixon found out on Friday that he would be taking over the head coaching duties after previous head coach Mario White resigned just hours before kickoff.

“We were able to announce it to the team on Friday,” Hixon said. “I found out late in the afternoon on Friday and then we announced it to the team. They didn’t have a whole of time to get their heads wrapped around the situation. They took it and we kept the main thing the main thing, and that was to focus on the game. All the credit to the guys and how they handled it. They attacked the goal they had and ultimately came out with a win in the semifinals.”

The Patriots immediately got back to work after the win, getting ready to play another team for the second time this season in Tuscaloosa. The Patriots defeated the Knights earlier this season 42-14 in Troy. This week during practice the Patriots will stick to the same routine they had all season.

“We are going to keep it pretty normal and similar to what we have been doing all year,” Hixon said. “There is no need to fix something that isn’t broken. We feel like there are a lot of good things we do with our routine. We have stuck with it and getting guys back to as close to 100 percent as we can is important to us. Preparing for a really good Tuscaloosa team all week, so we know there is a big challenge at hand.”

Like last year, the Patriots will travel to the Crampton Bowl for the championship game. Hixon believes having guys with championship experience could be an advantage.

“I think there is an importance to it and some advantage for the guys who played in it last year and the coaches that coached last year,” Hixon said. “At the same time, we have a lot of guys who haven’t played in that environment. Our hope is, is that the guys who played in it last year can take the others under their wings and tell them what it’s going to be like. “When it comes down to it, you can’t really fake that feeling of what it’s going to feel like on Friday.”

The Patriots and Knights will conclude the AISA tripleheader on Friday night beginning at 7 p.m.