Trojans fall on the road against Mercer 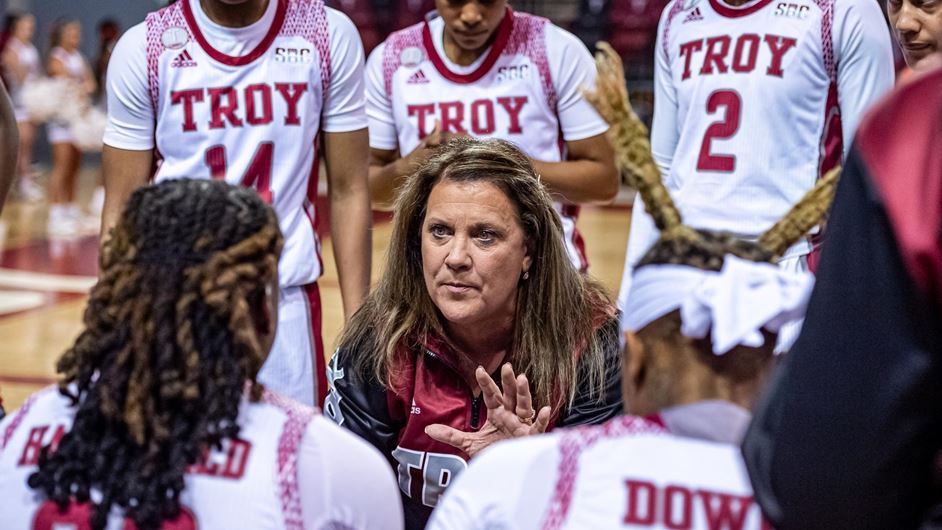 Contributed photo/Troy Athletics | The Messenger The Troy Trojans traveled to take on the Mercer Bears on Monday night. The Trojans fell to the Bears 75-66.

The Troy Trojans fell for the first time this season when they lost to Mercer 75-66 on Monday evening in Macon, Georgia.

The Trojans trailed throughout the game by as many as 19 points in the second half.

“Mercer’s big three that score night-in and night-out for them did a great job tonight,” Troy head coach Chanda Rigby said. “They created separation between our defense with some step-back shots early. And then we couldn’t defend, or hit shots. I think we started like 0-for-14 from the 3-point line at one point. It’s tough to win on the road when you’re shooting that percentage, and they’re making shots. We need to learn from this. Whenever you go on the road you need to be 15 points better than they are to begin with, and we weren’t tonight. We’ll have to breakdown the film and make sure we don’t repeat mistakes.”

Nine different Trojans scored in the loss, but only one cracked double figures. Felmas Koranga led the Trojans with 19 points. She completed a double-double with 12 rebounds.

The Trojans allowed four Bear players to finish in double figures led by Jaron Dougherty, who finished with 19.

The Trojans will head back home on Thursday night to take on Bethune-Cookman beginning at 6 p.m.