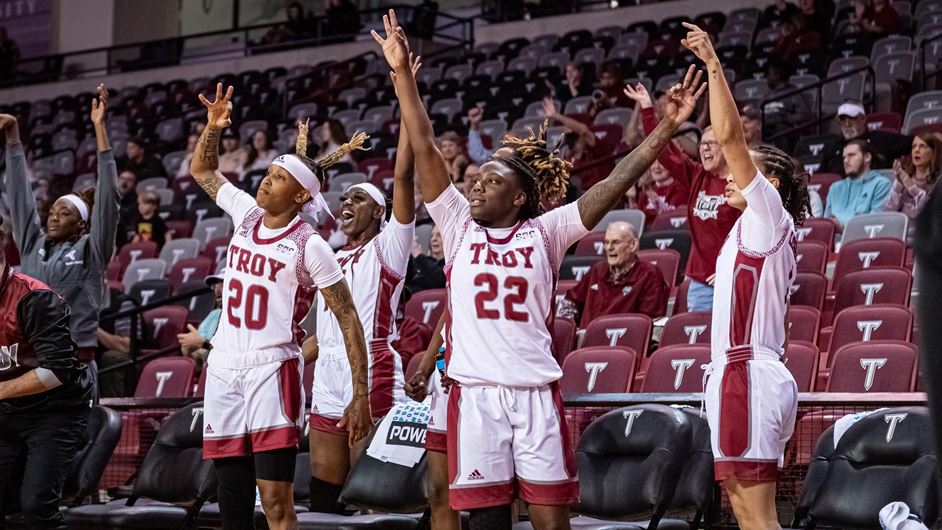 The Trojans never trailed in a 79-50 win over Florida A&M inside a raucous Trojan Arena on Thursday night.

With the win, the Trojans improve to 2-0 on the season.

The Trojans led by as many as 32 points. It was lead that started in the first quarter continued to grow as the game progressed.

For the second consecutive game, Amber Leggett led the way for the Trojans, finishing with 17 points. In the opening two games this season Leggett has a total of 49 points.

After not leading until the third quarter in the opener, the Trojans raced out to a 6-0 start on Thursday night and never looked back.

The Trojans shot 58 percent in the first quarter and jumped out to a 23-8 lead with 2:53 remaining. The Trojans led by as many as 19 in the opening 10 minutes and went into the second quarter leading 29-12.

Troy’s lead grew to as many as 25 points in the second quarter. The Trojans went into halftime leading 45-21.

The Trojans shot 50 percent in the opening half and shot 58 percent behind the arc (7-12).

Amber Leggett and Brianna Harris finished the half with eight points.

Troy was outscored in the third quarter 16-15 after shooting just 31 percent. Troy went into the fourth leading 60-37.

The Trojans lead grew in the fourth after outscoring the Rattlers 19-13.

The Trojans will have their first road test on Monday when they visit Macon Georgia to take on Mercer beginning at 6 p.m.

The Trojans will be back home on Tuesday to take on Bethune-Cookman at 6 p.m.