Trojans pull away late in win over Talladega 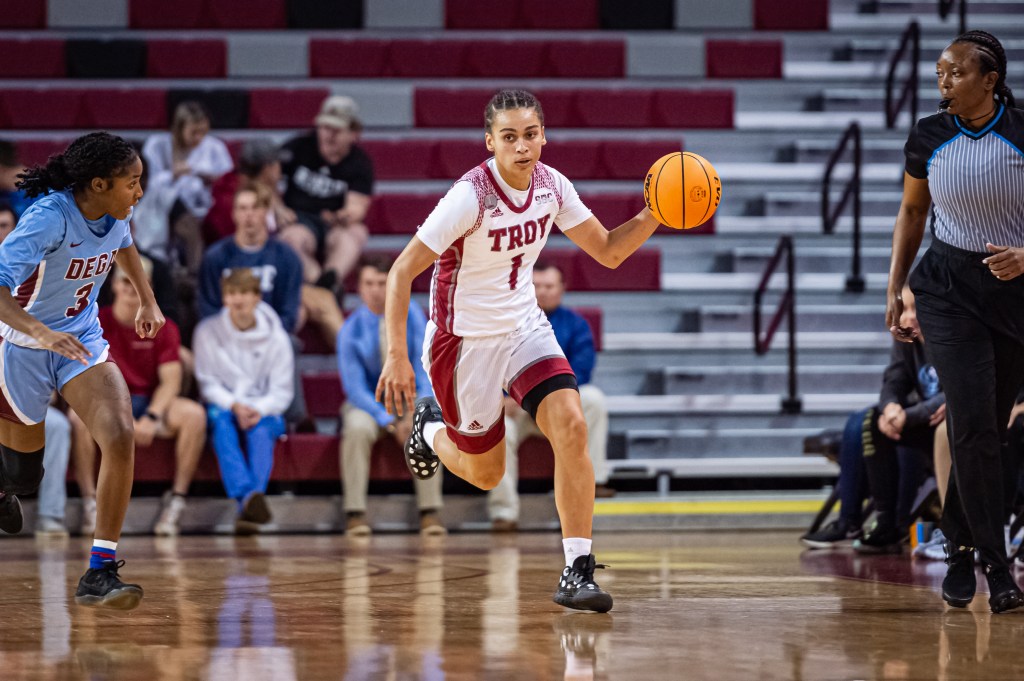 After a slow start, the Trojans knocked off the Tornadoes 101-81.

“It was a great night in Trojan Arena,” head coach Chanda Rigby said. “I appreciate the students that came out to support us. I was really nervous about this game because Talladega has already played six games, and it was our first game. We have a lot of new players, and I knew it was going to take a minute to get our feet under us. I am glad we were able to keep it close enough all game that we were able to come back at the end.”

Amber Leggett, in her first game as a Trojan finished with 32 points to lead all scorers. She was one of four players who finished in double figures. Brianna Harris had 18, Tina Stephens had 16 and Felmas Koranga had 10.

The Trojans never led throughout the first half. In the first quarter turnovers played a factor early.

The Trojans shot 42 percent in the opening 10 minutes and turned the ball over seven times before going into the second trailing by five at 21-16.

After trailing by as many as eight in the second, the Trojans tied the game for the first time at 37 when Amber Leggett finished off a three-point play at the line.

Talladega’s Tierra Tullis made a 3-pointer as time expired in the second quarter and the Trojans went into halftime trailing 44-41.

Leggett finished the half as Troy’s leading scorer with 12 points to go along with four rebounds.

The Trojans gained their first lead with 5:12 remaining in the third when Za’Nautica Downs made a 3-pointer, giving Troy a 56-44 lead.

The Trojans led by as many as nine points in the third quarter and went to the final quarter leading 67-62.

The Trojans outscored the Tornadoes 34-19 in the fourth quarter to pull away for a comfortable win.

The Trojans will host FAMU on Thursday beginning at 6 p.m.