Trojans retain the belt with a win over South Alabama 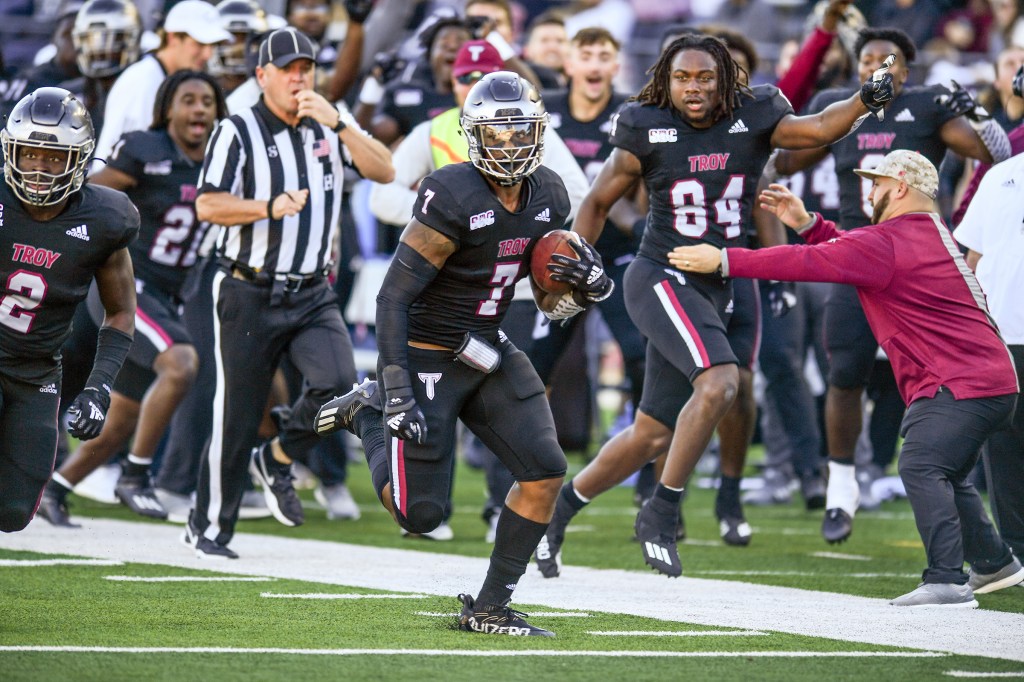 The Troy Trojans knocked off South Alabama 34-21 on Saturday afternoon, giving them their fourth consecutive win over their in-state rival.

The Trojans trailed briefly on Saturday, but scored 31 consecutive points to pull out the win.

Both starting quarterbacks were forced to leave early due to injuries on Saturday.

South Alabama lost their starter Jake Bentley early in the first half, forcing backup Desmond Trotter into the game.

After falling behind early 7-0, Brooks Bruce got the Trojans on the board with a 22-yard field goal.

With 56 seconds remaining in the opening quarter, Jamontez Woods rumbled his way for a three-yard touchdown, giving Troy a 10-7 lead.

The Trojans increased their lead with a little trickery early in the second quarter. Tez Johnson took a surprise handoff and raced for a 31-yard scored and Troy led 17-7.

Woods scored his second touchdown of the half when he took a handoff and ran it in for a three-yard score.

The Trojans closed out their scoring late in the first half when KJ Robertson picked off a Trotter pass and returned it 32-yards for the score, giving the Trojans a 31-7 heading into halftime.

The Jaguars scored 17 unanswered points in the second half. The Jaguars got the ball back with 4:14 remaining in the fourth, trailing by seven. The Trojan defense held the Jaguars out of the endzone to preserve the win.

The Trojan offense rushed for 107 yards led by B.J. Smith who had 49 yards on 12 carries. Johnson led the receivers with four catches for 46 yards.