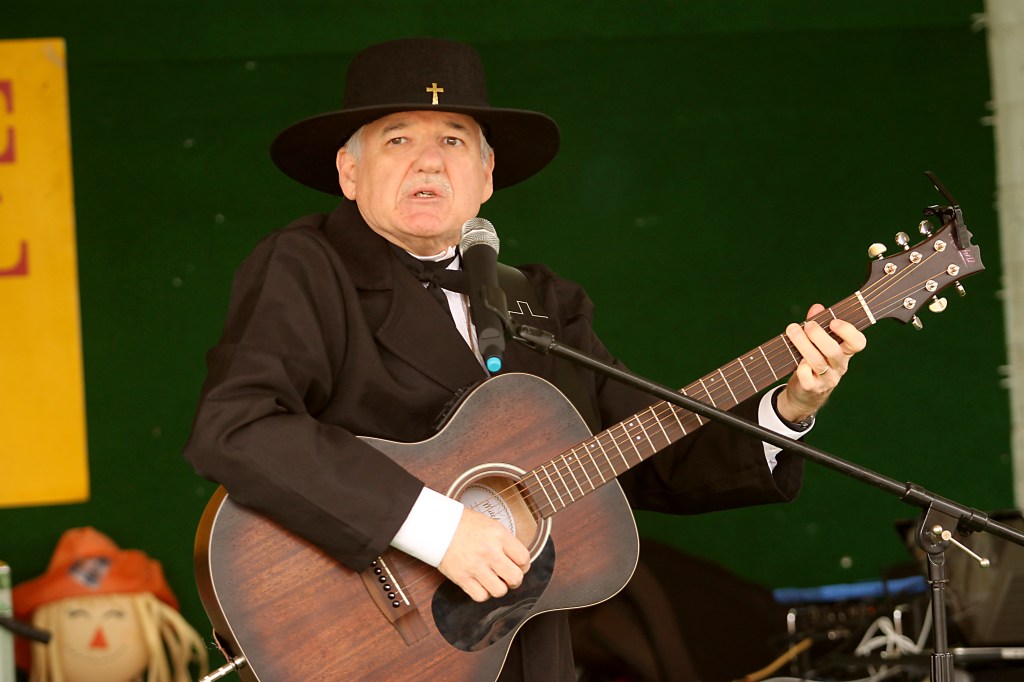 Huck Treadwell | The Messenger The Rev. Ed Shirley performs as an 1800s era circuit preacher during the Peanut Butter Festival.

Neither snow nor rain nor heat nor gloom of night stays these couriers from the swift completion of their appointed rounds.

Then, along came COVID-19 and, the historical group canceled its “appointed rounds,” one after the other.

“But in recent months, as the coronavirus numbers began to decrease, we thought, maybe…” said Lawrence Bowden, BHS president. “

Neither the rain, nor the wind nor the dark clouds put a damper on the downhome harvest and heritage celebration.

“We were all very pleased with every aspect of the festival,” Bowden said. “From all reports and, in my opinion, the festival was a huge success.”

Bowden said, from the vendors to the demonstrators to the entertainers, to the kids’ games and the 5K Run, everything “was as good as we had hoped it would be.”

“And, the Nutter Butter Parade was one of the best; it was fun from beginning to end,” Bowden said. “The street was lined, three and four deep, and everyone had fun. You can’t hope for more than.”

Bowden expressed appreciation to WSFA for the pre-coverage on Friday, to Golden Boy Foods for the best peanut butter in a jar and to the City of Brundidge and the city workers for all their efforts to make the festival a success.

“The Peanut Butter Festival is a community-wide event,” he said. “It takes all of us working together. The Brundidge Historical Society thanks everyone who participate and asks for their continued support as we move forward with our calendar of events beginning with the Chili Country Christmas in December and the Pike Piddlers Storytelling Festival in January.”