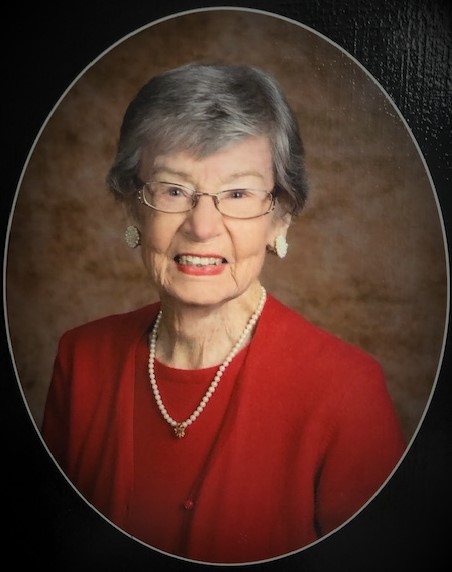 The otherwise normal day of October 19, 2021 sadly included the quiet death of Willetta Marion Hatcher at her home in Troy, Alabama. Her death at age 99 concluded a full life of travel and community engagement, with her last years including the support of dedicated caregivers.

Willetta Hatcher was born on July 2, 1922, in Mooreville, Missississippi, a small farming community in northern Mississippi. She was the sixth child of Henry Coyt Marion and Mattie Whiteside Marion and sister of Onis Lummus, Pendell Marion, Randall Marion, Rowena Marion and Lenore Richey (all deceased).

She was a 1943 graduate of Mississippi State College for Women, Columbus, MS (now Mississippi University for Women, the first state-supported college for women in America). It was during her college years that she met her future husband, Nolan Creamer Hatcher, who was then stationed at the Columbus Army Air Forces South East Training Center in Columbus.   After marriage to Nolan, Willetta traveled the world as a military wife, living in the Philippines, Libya and numerous U.S. locations including San Antonio, Texas; Tacoma, Washington; Norman, Oklahoma; Hillcrest Heights, Maryland; Scott Air Force Base, Illinois. After retirement from the military in 1967, Willetta and Nolan moved to Alabama, first residing in Montgomery, then Auburn and in 1974 finally moving to Troy. As part of the Troy University’s international program, Nolan and Willetta resided in Korea, Japan, Okinawa, Hawaii, and Germany. Their engagement with international students attending Troy University rewarded Willetta with enduring friendships: the Hatcher home offered a place for international students to stay when needed in Troy, and then Willetta and Nolan would visit their homes during their travels. Willetta’s community involvement included helping to feed the poor in the Montgomery area, membership and leadership within the Troy New Century Club, and participation in the Troy Rotary Club, where she was named a Paul Harris Fellow. Willetta is survived by her two daughters: Virginia (Jennie) Hatcher Pilato (spouse: Ludwig  Pilato) of Laurel, Maryland and Barton, Vermont, and Donna Louise Hatcher (spouse: Roger Shultz) of Brownington, Vermont. Additionally, grandchildren include Karl Pilato (spouse: Yvonne Wu; children: Elena and Sonia Pilato) of Beloit, Wisconsin, and Graham Pilato of Los Angeles, California.  She was predeceased by her husband of 67 years, and by their son Nolan (Lanny) Hatcher. Enriching her life were her many friends around the world. Here in Troy, friends included members of the First United Methodist Church, where she and Nolan were long time members. Within the Troy community, she had a special bond with Olaf Lieb, his wife Tina, and their children. Olaf was like a son to Willetta. She first got to know him through the Troy University international student program. She first got to know Tina at the Pioneer Museum in Troy where Willetta was a docent for 20 years, and where for a few years Tina was the museum education director.  A photo event in the Hatcher-Lieb friendship occurred in 2014 at the Lieb house when Willetta at age 92 donned German flag face paint in support of Germany in its victorious World Cup championship. In the last eleven years caregivers have played a special role. Kendra Fielder Flowers, Bobbie Jean Martin, Annette Green, Earlene Copeland, Kendra “Kim” Sheffield, Shannon Noel Scott, Vendetta “Net” Townsend, and Gwen Davis all of the Troy area enabled her to continue to live in her own home with loving companions. They, along with Encompass hospice staff, surrounded her with the love and the

care she needed to live so long and so well.

Willetta’s lifelong traits included a deep regard for beauty and graciousness. She had a sense of style which carried her through her life, knowing that little personal touches are essential to all aspects of daily life. Everyone who knew Willetta commented on her kindness and gentle manner; she kept her essential qualities to the end. She also kept her sense of humor, which she knew was an ingredient in a long and happy life.

A memorial service will be planned to occur in Troy during the next few months.