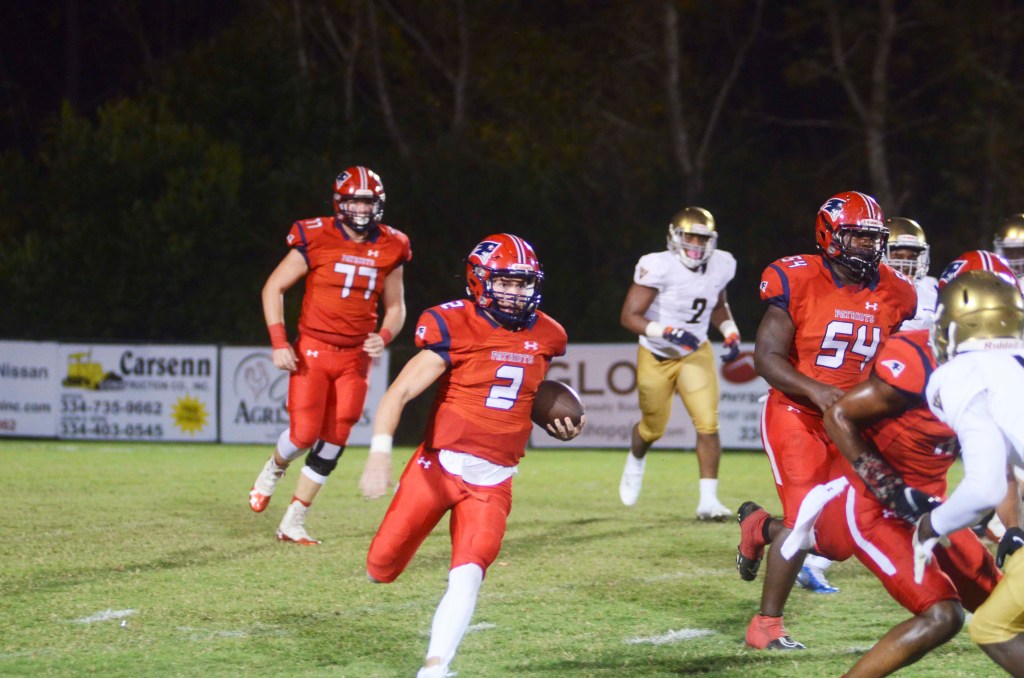 The Pike Liberal Arts Patriots are heading to the postseason once again this season in two weeks, but before then they close out the regular season on Friday against Monroe Academy in Troy.

The Patriots defeated Glenwood last week to claim the region 1 title last week. They come into this game looking for their ninth win of the season.

“We are really excited about it,” Patriot head coach Mario White said. “Coming off a win a lot of people have letdowns. We have been focusing on one week at a time. This is a big week for us. Monroe is a big-time game for us. They have had their way with us over the years the school has been in existence and we are excited to play them.”

The Patriots have an opportunity to close out the regular season on a nine-game winning streak with a win against a Volunteer team that just missed the playoffs this year for the first time in 14 years.

“I expect them to come in and play hard,” White said. “They missed the playoffs by one win. This is their Super Bowl or state championship game sort of speak. They would like nothing better than to come to Pike Liberal and get a victory at the end of the season. We are going to try and prevent that. Playing Monroe means a lot to the people at Pike Lib who have been around the program for a long time. We are excited about the challenge.”

Kickoff between the Patriots and the Volunteers is set for 7 p.m.