Trojans to get national exposure against Coastal Carolina 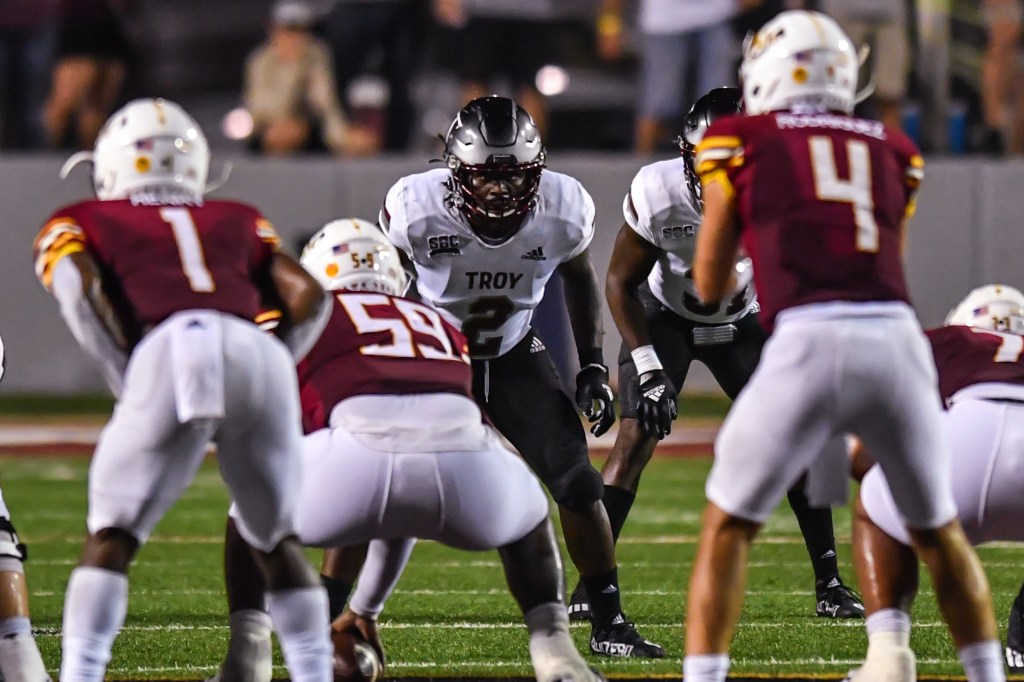 The Troy Trojans return from their bye week to take on nationally ranked Coastal Carolina in a battle for a share of first place in the Sun Belt Conference East Division.

The game will take place on Thursday night in Conway, South Carolina. It will be Troy’s first and only midweek game of the season.

The Trojans and Chanticleers are sure to get plenty of exposure on Thursday. Not only are they playing on ESPN2, but it will also be one of only two FBS games on the schedule.

“It will be a tough trip for us on the road,” head coach Chip Lindsey said. “I’m sure those guys will be ready to go, playing another home game. It’s exciting and those kinds of games make our league exciting. Each and every week you have to be ready to play. Looking forward to this opportunity.”

“I’m not sure how big of a factor that is,” Lindsey said. “What you do as a coach, I’m sure they do the same thing, is whatever day you play on you just count backwards. Keep your guys on the same schedule.

“I really don’t see it as an advantage or a disadvantage. I just think it’s an opportunity for both Coastal and Troy to showcase our universities and our programs on national TV. I think that’s what is exciting about playing these midweek games on national television.”

Whether the game is being played on a Saturday, a Thursday or a Monday, the Trojans are ready for their showdown with the No. 24 Chanticleers.

“We have been saying the whole season that this Coastal game is circled,” wide receiver Tez Johnson said. “It’s going to be really fun on Thursday. We just know we have to bring our A-game. It’s going to be a show for everybody watching.”

The Chanticleers have won the previous two matchups with Troy. The Trojans held a late lead over the Chanticleers last year only to see Coastal Carolina score the game-winning touchdown in the final minute. Two years ago Coastal scored a touchdown with 30 seconds remaining and defeated the Trojans by one after a successful two-point conversion.

“We have to finish,” Lindsey said. “The last two years we haven’t finished like we want. “This is a game our players are excited about.”