Andrews among the youthful talent at Goshen 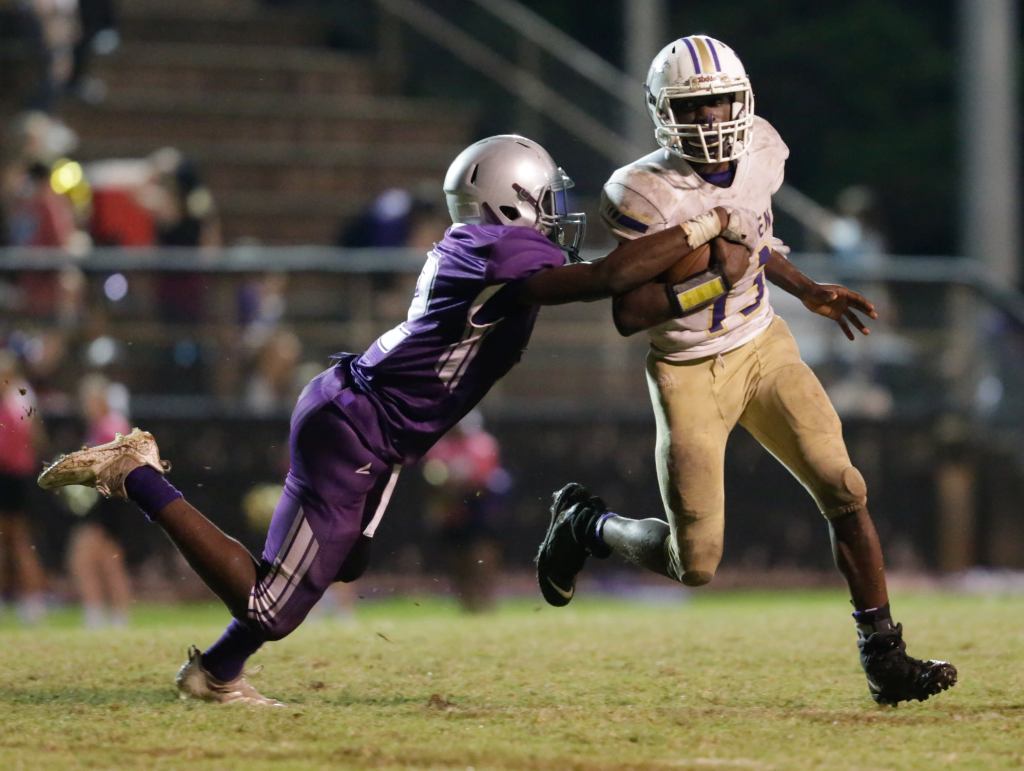 The Goshen Eagles haven’t had the success in the win, loss column they had hoped for, but the growth of their young roster is something to be excited about if you’re a fan of the Eagle football team.

One young player in particular is freshman Szemerick Andrews. The freshman running back has been a weapon on both sides of the ball for the Eagles this season.

The Eagles picked up their first win of the season earlier this month against rival Pike County. In that game Andrews finished with 158 yards rushing on 19 carries and he had a touchdown. Defensively, Andrews finished second on the team in tackles with seven.

“I told him before the game to go be the ball player I know you are,” Moore said after the game. “He took that as a challenge and went out and responded. He is a fantastic player, but an even better young man.”

Andrews has been on the stat sheet often during the 2021 season. In his last two games, the freshman has rushed for a total of 217 yards and a touchdown.

“What I’m most happy about is me being able to run the ball, putting my team in good positions,” Andrews said. “I’m happy to have the lineman in front of me and my quarterback.”

The Eagles are 1-7 on the season, but Andrews has seen the growth of the team in the last few weeks. Although he wishes things have gone better, he believes his team has the ability to keep growing and improving.

“The season has been good, growth wise, but I wish it could be better,” Andrews said. “We have a lot of young guys, we just need to keep growing.”

Andrews and the rest of the Eagles are getting to work with coach Moore for the first time this season. Andrews enjoys the direction he is getting out of the first year head coach.

“He keeps our heads up after the games,” Andrews said. “He gives the players direction that will help us win games.

Under Moore and the coaching staff, Andrews wants to continue to work on his defense and leadership.

“I want to get better defensively at coverage,” Andrews said. “Mostly, I want to work on being a leader.”

The Eagles have just one game left in the regular season. Andrews believes the potential of his team is high.

“In the next few years we’ll be good,” Andrews said. “Coaches say we (players) could go to the Division I (level). We’ll try to get an undefeated season the next four years.”

Andrews and the Eagles close out the regular season on Friday when they host Catholic.